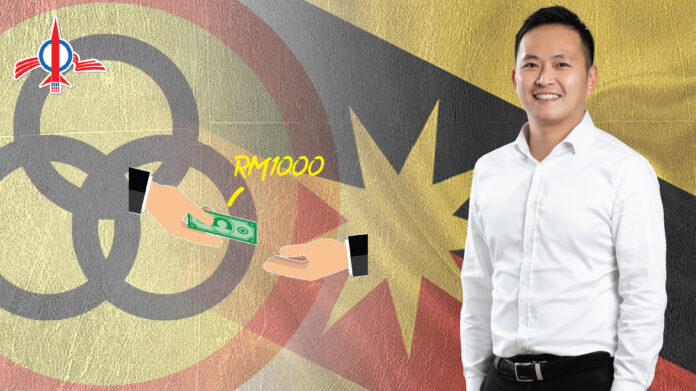 Time and time again, SUPP has shown how it is all talk but no action. Every time whenever there is an untoward incident or negative feedback from the public on some GPS policies, SUPP leaders somehow conveniently come up with ideas to garner public support.

Recently, SUPP’s Alvin Chong concurred with Milton Foo’s suggestions which was to give RM1,000 to each Sarawakian. The question is whether SUPP, particularly Alvin Chong and Milton Foo, conveyed such demands to Abang Johari through their party President especially since they are part of the GPS government?

If the answer to this is ‘Yes’, Abang Johari should come forward and answer whether the request is approved and/or explain the delay in its approval.

However if SUPP did not make such demands or proposals known to Abang Johari before the announcement of BKSS 5.0, then it only proves that SUPP is just another empty vessel which cannot be trusted to take care of the people’s welfare. Instead, it only knows how to make statements without any plans to follow through on them.

SUPP should therefore refrain from seeking cheap publicity thinking they can fool Sarawakians that it really is a party that cares for the people. Its actions (or rather inactions) clearly shows that it is merely a bystander without a voice in the current GPS government.