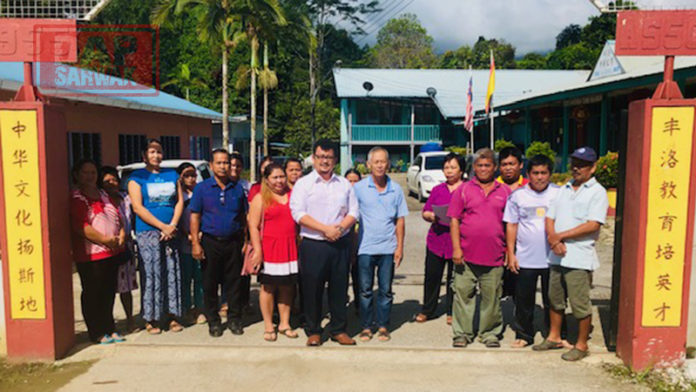 
They were briefed about the situation & progress of SJK Chung Hua by the headmistress Madam Bong Set Khium. Madam Bong expressed her desire to see more help being channeled to the school as most of the buildings are old and in need of repairs.


Leon thanked the parents of the PIBG who took time to meet and hold a dialogue with him. It was important that regular interaction between school, parents & the representatives of the Government of the day so policies and welfare of the students can be addressed properly and swiftly. He pledged to seek for more financial aid to support the school & also praised the Dayak parents for sending their children here as the Dayak students comprise around 88% of the student population here.


‘Education in SJK Chung Hua in Undop has spawned many bright students who not only excelled in school but had the extra knowledge of Mandarin as another language to arm them in the ever competitive world that faces them in the near future. I thank and support the parents and the teachers of SJK Chung Hua Undop in helping & motivating the students to excel because education is the key to escape the vicious cycle of poverty ‘ said Leon Jimat Donald.