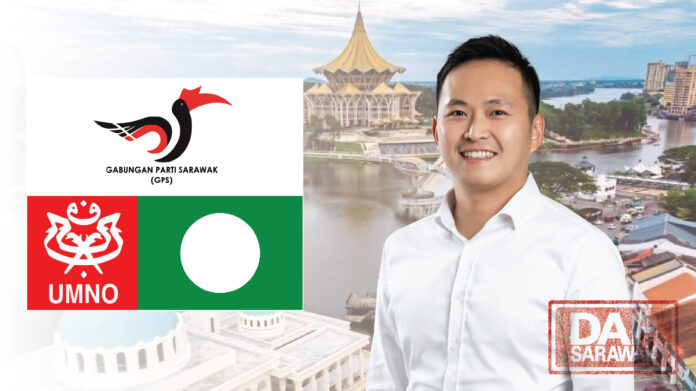 Recently Abang Johari urged Sarawakians not to vote for problematic parties. His definition of what constitutes a problematic party is a party that accepts leaders who resigned from their original party to join a new political party

Abang Johari should realise that if this is what makes a problematic party, then likewise PBB is a problematic party. Was it not PBB which happily welcomed William Mawan and Jerip Susil into their fold? These politicians also jumped from one party to another before landing in PBB.

I’ve said it before and again the saying ‘the pot calling the kettle black’ is well suited to describe our Chief Minister. Even within the GPS coalition itself, we see leaders jumping from party to party and creating conflict along the way.

We cannot have a coalition like this to lead this state anymore. 57 years is enough. This coupled with the fact that Abang Johari is one who cannot accept criticisms. After Lim Guan Eng raised the issue of irresponsible spending by GPS due to their multiple hot-air and expensive projects, Abang Johari felt offended and decided to never work with DAP. If one cannot raise concerns over the future of Sarawak and its fiscal position, then we will be drifting away from democracy. Instead, this is the making of a dictatorship.