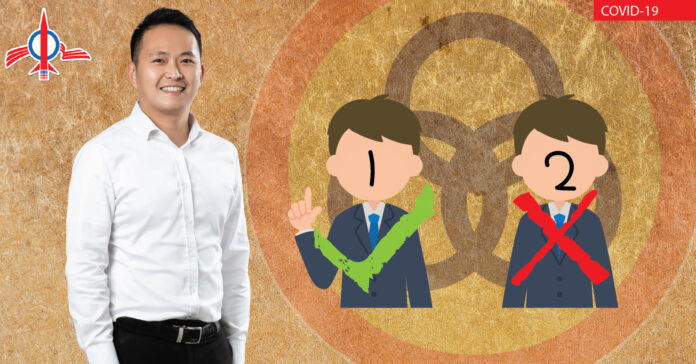 Bear in mind that in 2015, it was SUPP’s members, Milton Foo and Michael Tiang, who have lodged a police report against Ismail Sabri for some comments made after the Low Yat incident in Kuala Lumpur. After making the report, Michael Tiang, who is the political secretary of Abang Johari, said that “SUPP wishes to trigger the police investigation into this kind of irresponsible racial remarks made openly to harm our society,”

Milton Foo had also taken a similar stance against Ismail Sabri by saying that he is not fit to be a minister after making several racist remarks in nature.

It is to be remembered that Ismail Sabri has not even apologize for his racist comment. This latest episode shows us that SUPP as a party can conveniently sell out their principles and beliefs (if there is any) for their own political mileage and expediency. In doing so, just like PAS, SUPP is showing signs of a typical political turncoat.

Bear in mind, I am not against the call for one of the Sabah and Sarawak MPs to be appointed as a DPM. This would indeed give some recognition of Sabah and Sarawak as one of the founding states of Malaysia. But the creation of a 2nd DPM post for the sake of a DPM post and making one happy is self-deceiving. How far will one go then? 2nd DPM, 3rd DPM, 4th DPM, the list can go on and on infinitely.

The DPM position should be from either one of the Bornean states, period. Creating a 2nd DPM position is making mockery of the DPM post, might as well create a 2nd PM as that would sound better than 2nd DPM.

Meantime, any appointment to any post, be it Minister or even Deputy Prime Minister, should be one based on merits and ability to perform, not because merely for show and/or political support.