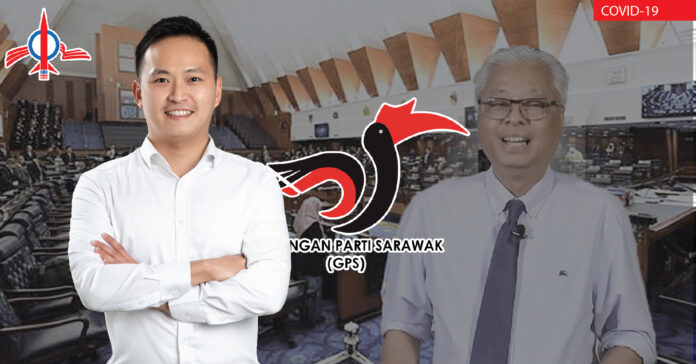 It is time for GPS leaders particularly those from SUPP to break their silence on the recent Statutory Declarations signed in support of UMNO’s Ismail Sabri.

Just weeks ago, Lo Khere Chiang had the cheek to ask DAP Sarawak to declare its stance about a hypothetical scenario of co-operating with UMNO. Not only was GPS always in partnership with UMNO, recently GPS has chosen to side with PAS as well. This has been confirmed today when all the GPS MPs are reported to have supported PN’s nominee, Ismail Sabri’s bid to be the 9th Prime Minister of Malaysia.

Recent events had allowed GPS to rewrite history by supporting Shafie Apdal as a Prime Minister candidate. With Shafie Apdal helming the country coupled with his desire to enforce MA63 for Sabah, it was the perfect opportunity for Sarawak to support a leader who has the will to achieve a common goal. However as lamented by Shafie, GPS refused to support his bid. Questions are aplenty particularly whether GPS is indeed serious about getting back our rights pursuant to MA63 or are they just interested in embarking on another shopping trip to London?

The people voted against UMNO during the 14th General Elections. The current decision by GPS to support Ismail Sabri is akin to a circumvention of the election results on 09.05.2018. For this, the people should always remember that GPS is at the end of the day a party doing all of UMNO’s doings in Sarawak. GPS may have rebranded itself from BN Sarawak, but a leopard never changes its spots.