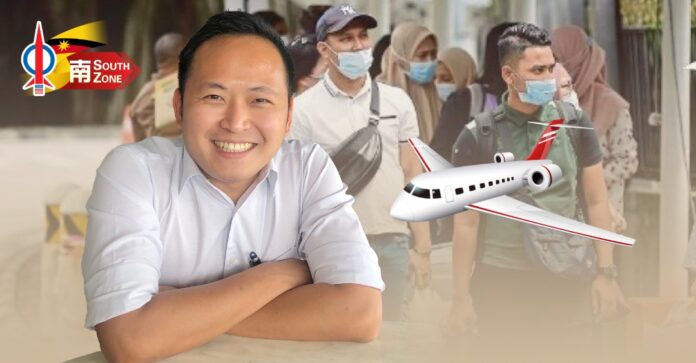 It is ignorant of Sim Kui Hian to say that Sarawakians who are outstation, but do not come back to visit their parents, have no manners. To pin this act of failing to return to Sarawak on the upbringing of these young Sarawakians is unbecoming of a Deputy Chief Minister.

If fault is to be pinned on anyone, then I say that the fault lies on the government. It is the government’s incompetency that has prolonged this Covid-19 situation in this country.

Likewise, it is the government’s inability to steer the country’s economy that has led to the poor financial situation that we are in. Many have lost their jobs and yet the government is not doing much to ensure that their incomes are unaffected by the numerous lockdowns and illogical SOPs.

At the same time, the price of flight tickets are all so expensive that not everyone can afford such exorbitant price. This is also a reflection of the poor planning of the government for this festive season.

Coming from a well-to-do family background, Sim Kui Hian will not be able to understand and appreciate the plight of the poor. This is especially so when return flight tickets from KL to Kuching during CNY season usually go up to more than RM1,000.00.

Many parents also wish to have their children back during this coming Chinese New Year. However, there are many factors that hinder their plans. As a minister, Sim Kui Hian should look into the real reasons for this and fix them instead of questioning their moral and family values.