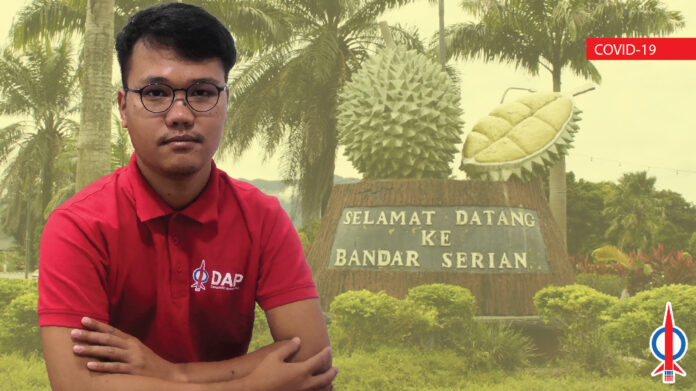 Serian has been declared as the yellow zone after one local cases detected here yesterday.

It puzzled me as the case that being infected is an Indonesian who works in a plantations company in Serian was found had previously returned to Kalimantan before re-entering Sarawak in early October.

Question is, why is he allowed to come to Sarawak when he just came from Kalimantan when the country currently recorded 8,369 cases (as per 3 December) without any Covid-19 screening test before step foot in Sarawak?

On the 16th of October, I have issued a statement to urge the government to beef up the border especially Serian as many have seen foreigners still back and forth through the border and potentially be the carrier of the virus.

The response from the Deputy Chief Minister(DCM) when asked to comment about the matter, the government was aware about the high case in Indonesia including Kalimantan and he also mentioned that the border committee had ordered all entry points along the borders will be sealed until 31st December.

Is there a loop-hole where the government of Sarawak missed? Or he is entering through the uncharted routes? If he entered Sarawak through uncharted routes, how is this possible when the DCM give the assurance that the borders are on high alert?

I urge the Government to make every non-Sarawakian to undergo the test before entering Sarawak and must take this seriously as it may threaten livelihood of every Sarawakians.

I also hope the government of Sarawak will take it seriously to tighten any movements at the borders to prevent any similar cases happen in the future.