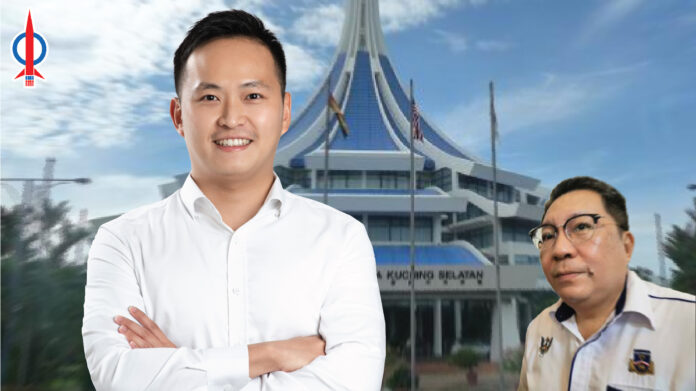 Wee Hong Seng has to remember that he is a mayor for the people within Kuching South i.e. Malay, Dayaks, Indians or Chinese. Therefore he should not expect anyone (not merely Chinese) to let him go easy if he is busy playing politics and not doing his job properly.

As a mayor for Kuching South, Wee Hong Seng should learn to distinguish constructive remarks from destructive remarks. All that was asked was for him to extend his walks to areas within other constituencies like Kota Sentosa and also to ask Abang Johari to allow equal allocations for all assemblymen.

While other people may not post photos of themselves working, it does not necessarily mean that they are not doing anything. For Wee Hong Seng to belittle the work and/or efforts of others is deeply regrettably, especially when he is a mayor.

Wee Hong Seng is at liberty to make tangyuan during his free time. However with knowledge of all the pressing issues that the residents of Kuching South face especially flash floods during this monsoon season, DAP Stampin Parliamentary Team and I have and shall continue to walk around and try to solve the people’s problems.