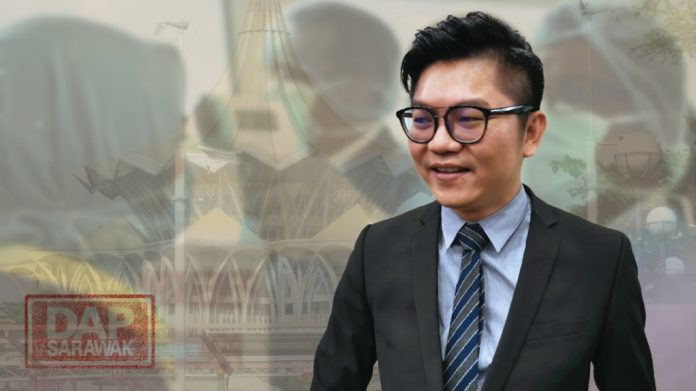 The latest phase of the Movement Control Order (MCO) is no longer an extension but a “semi-relaxed” MCO, said Padungan State Assemblyman Wong King Wei.

With nine business sectors being given the green light to resume operation, he said the movement of the community was going to increase, and this might lead to the 28-day MCO being in vain.

“Here are the reasons why I’m saying this. In Sarawak alone, we have about or over 100 person-under-investigation (PUI) cases on a daily basis.

As far as Sarawak is concerned, Wong said although the number of PUI maintained at a hundred or so, it had not shown any sign of drop.

This brought us an increasing number of accumulated PUI, he said.

In addition, he said the number of recovered persons was relatively low and this is another factor that Sarawak should not take lightly about.

“Given all these, if we do not enhance the MCO during the 14 days in the third phase but to relax it, we may not be able to break the chain of infection.

“Adopting a more relaxing manner in the enforcement of the MCO may result it a new wave of infection. When this happens, we might have to restart another round of MCO. Not only will this put more healthy people and lives at stake but it will also further deteriorate our economy,” he pointed out.

Wong was of the opinion that if certain businesses were permitted to operate, Sarawak could do so through zoning, and not based it on the types of businesses.

For example, he said there were areas in Sarawak that registered nearly zero PUI and these areas could see a more relaxed enforcement of MCO after heeding advice from medical experts.

However, he said people from high-risk areas such as Kuching and Kota Samarahan must not be allowed to travel to other divisions.

“Sarawak has its own autonomy and we shall make full use of our autonomy to come up with movement restrictions that suit the situation in the state.