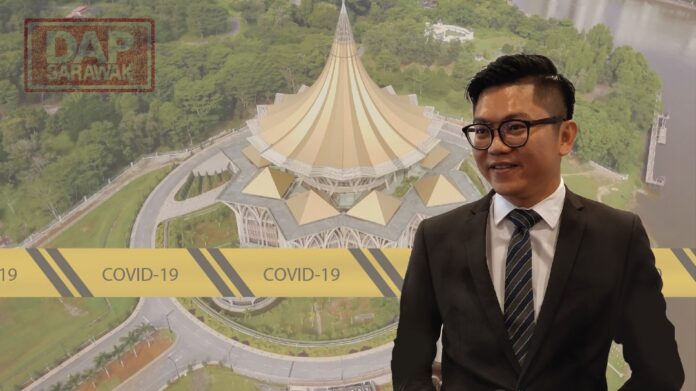 Padungan State Assemblyman Wong King Wei suggested that Sarawak have certain areas in Kuching and Samarahan set as quarantine zones to break the chain of Covid-19 infection in a more effective manner.

He said it would not be difficult to do so in Kuching and Samarahan, which are presently still categorised as red zones, with a combined population of about 700,000.

“Kuching and Samarahan remain red zones and the number of person-under-investigation (PUI) cases is still very high. Given the combined population, it should not be too difficult to detect Covid-19 positive cases, or even have certain areas quarantined,” he said.

Wong said he would like to remind the Sarawak State Government that the people had sacrificed by staying at home with an ultimate aim of flattening the curve of Covid-19 infection.

He could not help but wonder why the number of PUI cases in Sarawak was still high.

The Democratic Action Party (DAP) lawmaker thus felt that the Sarawak State Government might not have done enough in carrying out testing among the local community.

“Sarawak State Government has the responsibility to explain to Sarawakians what the state has achieved during the enforcement of the Movement Control Order (MCO) in the last 40 or so days.”

Wong said the Sarawak State Government should also inform Sarawakians of its strategy to curb the spread of Covid-19.

Failing to break the chain of Covid-19 infection, he warned that the MCO could be extended again.