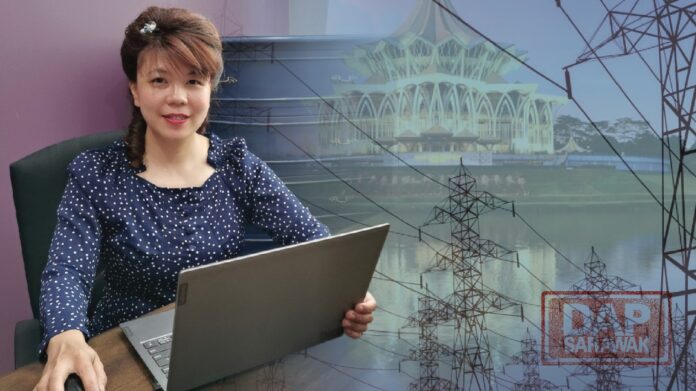 I would like to seek an answer from the Perikatan Nasional Federal Government as to why Sarawak is not getting the same treatment like all other states in the West Malaysia to enjoy the Bantuan Perihatin Eletrik aid? Why is Sarawak again being left out in times of need to receive help from the Federal Government amid Covid-19 pandemic?

Sarawak has been excluded from the recent Bantuan Prihatin Eletrik aid amounting to RM942Million to benefit only consumers in West Malaysia as announced by the Energy and Natural Resources Minister Shamrul Anuar Nasarah of which in my view is totally unacceptable and unfair to Sarawakians.

I am flabbergasted that Sarawak GPS State Government which always brag and claim to fight and protect the rights of Sarawakians had remained silent on this matter. We have not seen any of the Sarawak GPS leaders voicing out to fight for the Bantuan Perihatin Eletrik aid to be extended to Sarawak. On this issue, we have seen the Sarawak GPS minister who refused to speak from the standpoint of the people but to defence and justify the ill treated manner of the Perikatan Nasional Government towards Sarawak. This is another stark example whereby Sarawak GPS government failed to demand for what we Sarawakians truly deserved.

It is sad and disappointed to note that many a time when it comes to the crux of the moment for Sarawak GPS State Government to fight for Sarawakians’ right, it chose to let pass the opportunities despite its Kingmaker’s status.

I wish to stress that Sarawak had contributed so much to the Federal Government’s coffer via the contribution of oil and gas royalty, it is therefore legitimate for Federal Perihatin Government to extend the Bantuan Prihatin Eletrik aid to our state and let the people in Sarawak to enjoy the same treatment like other states in the Penisular. Furthermore, it is ironic to see that despite Sarawak GPS giving its unwavering support in ensuring and keeping the current Perikatan Nasional Government intact, the later does not reciprocate. Is Sarawak not being taken for a ride by the Perikatan Nasional Federal Government?

Everyone including commercial and industry sectors is experiencing the impact and effects of the Covid-19 pandemic. It is therefore crucial for the government of the day to come out with whatever schemes and aid to assist the people in Malaysia to get through this tough time and that Sarawak should be included to benefit from it.