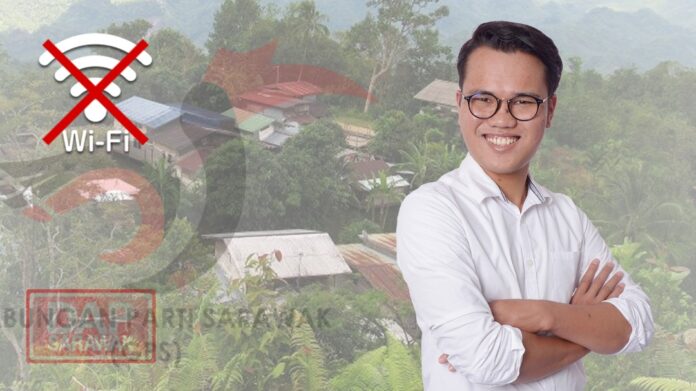 Recently we have seen how a Sabahan girl took an exam on the tree because of the poor internet penetration has brought attention to various parties where now the internet is improving because of the viral video.

But in Sarawak, the GPS Government seems like it is nothing to them when no actions are taken to tackle the internet issues in rural areas of Sarawak. Is the GPS government neglected their own people?

Are not the GPS Government always talk about the digital economy and the 5G internet int Sarawak? How do you want to prepare your people to embrace the future when you are not preparing your people well enough.

The state government should have taken care of the internet penetration in rural areas to allow the students in the areas can easily access the internet and make it easier for them to study from home.

Now GPS is part of the federal government and that should be a better way for GPS to fight for Sarawakian and improve the internet penetration in rural areas. Or maybe GPS is just a running for Perikatan Nasional which only submit to their Malayan master.

I urge GPS to use their position well this time as part of the federal government and Don’t repeat the same mistake you guys did during your Barisan Nasional era. That era has gone, now walk your slogan and prove to Sarawakians that GPS is all for ‘Sarawak First’.

This is the time for you to prove to us the Sarawakian that GPS is the best coalition to govern Sarawak. Or maybe GPS is good at giving the false hope and unfulfilled promises to the people.