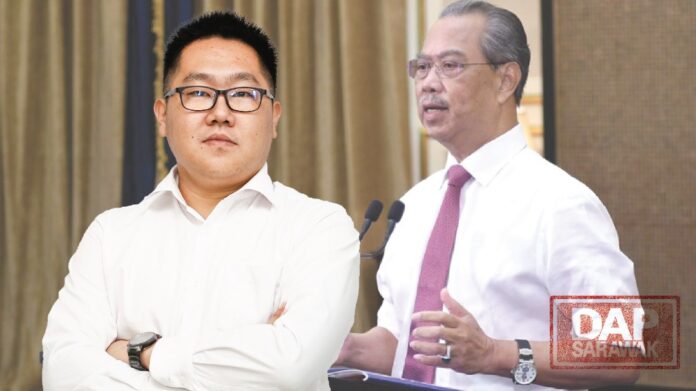 He said the previous wage subsidy program was not effectively rolled out. Many businesses had not been able to make full use of the program as their applications were not successful due to various reasons. He urged the government to streamline the processes and clarify the application criteria. Also, he urged the government to do a detailed analysis of the program to assess how much funds were available for application and had been successfully disbursed to businesses.

He also questioned why the economic recovery plan with a total value of RM35 billion was not tabled in the Parliament for debate and scrutiny. As a parliamentary democratic nation, it is imperative the government’s policies and plans are checked by the parliament to ensure proper check and balance. It appeared that the Prime Minister is afraid of facing the parliament as any bills tabled by his government tabled may be vetoed out.

Peter also urged the government to improve its communication. He noted the government did not provide policy information in the official portal directly at the first instance. As such, this led to people making numerous inquiries and had to rely on information provided in third party websites.

He also said that the recovery plan did not directly benefit to the low- and middle-class groups, especially Sarawakian people. For example, the My 30 bus plan only benefits the residents in Klang Valley.

In addition, he pointed out that a lot of people had lost their income and did not have spare money to invest in houses and cars. Therefore, the economic recovery plan which included a package of exemption from house stamp duty such as exemption of 100% sales tax on local cars and 50% sales tax on foreign cars would do very little to boost the economy. This proved that the government does not fully understand the needs of the people and is seriously out of touch with the people.

He said that the government grants employer allowances for hiring new employees. However, as the allowance is only a one-off support, the incentive to businesses is very limited. In the midst of business challenges, businesses are fighting hard to keep operations afloat and it is not the time to hire more people. As such, the one-off hiring allowance is meaningless to most businesses.

Again, in the face of the outbreak of the epidemic and economic problems, no one dared to travel abroad. How many people can benefit from the government’s tourism tax exemption?

In short, the economic plan is not tackling the real problem. It costs a lot of money, but not many people can really benefit from it. Most importantly, he believe the top priority is for the government to release safety SOP and allow all businesses to reopen the soonest possible. He also reminded Sarawak government led by GPS not to waver in front of UMNO and PAS at the federal level and should do their job to voice out for Sarawak.