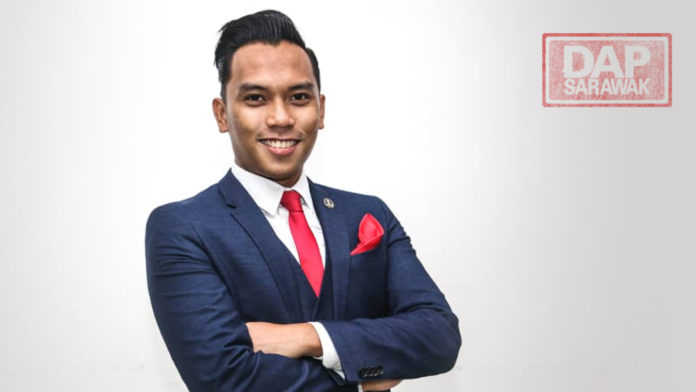 The latest accusation made by the PAS Deputy President Tuan Ibrahim Tuan Man that DAP is bringing a Christianisation agenda in Malaysian politics is deliberately dishonest and a malicious attempt to divide the country.

DAP is a secular party and there is no religion mentioned in DAP party constitution. In DAP, we don’t promote Islam, Christianity, Buddhism, Hinduism or Sikhism. Instead, our party is advocating secularism, progressivism, multiculturalism, humanist ethical principles, social justice, equality and human rights. Our agenda is to establish a peaceful and prosperous social democracy that can unite its disparate races and diverse religions and cultures, based on the Malaysian concept of forging a Malaysian race grounded on universal moral values, offering equal access and opportunity, upholding democratic governance and the rule of law, creating wealth and distributing it equitably, and fighting corruption.

As such, how on earth did Tuan Ibrahim come up with such ridiculous accusation? The fact that DAP took over Penang in 2008, the allocation for Islamic religious department has been increasing since then. Many PAS leaders admit this. Thus, is he suffering from some kind of horrific hallucination? Fear for something that doesn’t exist and experience the apparent perception of something not present is abnormal and beyond sanity. The false accusation that DAP is bringing Christianization agenda is a chimera.

Such hallucination shows that his level of imbecility is beyond average. It is a well-known fact that the Air Pollutant Index (API) in Malaysia is recorded to be “very unhealthy” but I never thought that his level of thinking is the same reading as our current API. I doubt that he is able to think rationally as his brain is unable to get enough oxygen.

On the other hand, while Malaysians were celebrating Malaysia Day with love, joy and pride, someone did not seem to be happy with it. Last two days, PAS President Abdul HadiAwang issued a vile and poisonous statement that vehemently targeted at Sarawakian Chinese. He said that DAP wants the wealth for Chinese only and hope that Sarawakians will prioritize Bumiputera and Malays to control Sarawak.

As much as I understand that the ultra-orthodox religious PAS President wants a Muslim to retain the power as the Chief Minister of Sarawak, does he know that the vast majority of Bumiputera in Sarawak are mostly Christians? Does he know that Muslims are less than 40 percent in Sarawak? Is it after receiving public backlash and negative reaction by the large number of Christian Bumiputera in Sarawak and upon knowing the facts that the majority of Sarawakians are non-Muslims that his deputy has to come out to the rescue by using diversion tactic? But instead of defending the president, his deputy is making derogatory and offensive remarks that open the floodgates for the party to continue being rejected by Sarawakians.

It seems that PAS is creating some strategy. While the President is making the Chinese as their bogeyman, his deputy is demonizing the Christians. To be honest, such tactics will never succeed. To keep demonizing Christianity with such derogatory and offensive remarks is insulting Islam indirectly as the two religions are both related to one another as they share very similar theory and comes from the Abrahamic religions. Let’s not fail to recognize the fact that, Christianity has a very vital role in Quran itself and it should be regarded just how Islam should be.