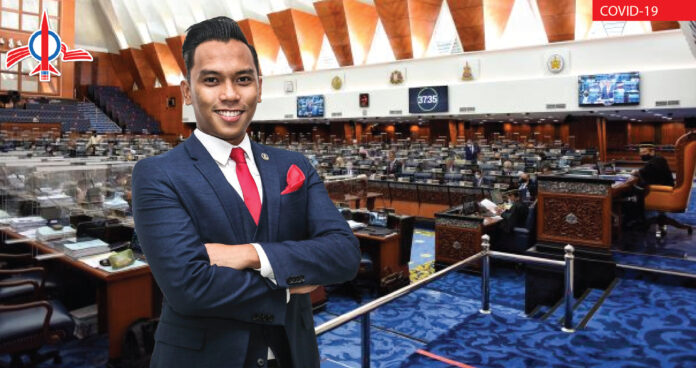 Minister in the Prime Minister’s Department Datuk Seri Takiyuddin Hassan, who is also PAS Member of Parliament (“MP”) for Kota Bharu, had told Parliament that the federal government led by Perikatan Nasional (“PN”) would not be advising the Yang di-Pertuan Agong (“YDPA”) to declare a fresh Emergency proclamation when the present one ends on August 1. He also told the Parliament that the PN-led federal government decided to revoke all Emergency Ordinances (“EOs”) made during the nationwide state of emergency based on Article 150(3) of the Federal Constitution. With that, he said that a total of six EOs were gazetted and revoked on July 21.

The announcement to revokes the EOs has come into surprised from both the members of the political divide. The PN-led federal government must explain why the revocation of six EOs was not announced on July 21. There is no necessity to keep silent on such a monumental decision without informing the public. According to Article 150(3) of the Federal Constitution, the decision to revoke the EOs must be tabled at both Dewan Rakyat and Dewan Negara. Revocation of any ordinances/orders/regulations made by way of law and through the proper channel of gazetting, can only be deemed to be legally, properly and validly revoked upon the relevant gazettes being made to revoke them. Not by way of a verbal announcement made by the de facto Law Minister in the Parliament

The decision made by the PN-led federal government to revokes the EOs without going through the proper channel of gazetting at both Dewan Rakyat and Dewan Negara has caused bizarre not only among the elected Members of Parliament (“MPs”) but also among the vast majority of the members of the public. Such tactical action by the Cabinet to arbitrarily revoke the EOs without going through a proper channel of gazetting has created an uncertainty on part of its legitimacy and legality. Furthermore, the vast majority of members of the public are now began to questioning on the validity of the notices of compounds for RM10,000 to individual standard of procedures (“SOP”) offenders from July 21 onwards issued by the government enforcement officers.

On legal view, many were wondering whether the tactical act by the Cabinet to arbitrarily revoke the EOs could be deemed to be legally. What about the legitimacy of legal actions taken such as compounds, fines and other administrative matters that were done over the past six days where the assumption was that the EOs are still in effect?

If we properly read the Federal Constitution, any revocation of the EOs must be signed by the YDPA. This given the fact that, since the EOs was promulgated by the YDPA, therefore, it should be the YDPA who has the sole power to revokes it. This clearly means that the Cabinet could not simply unilaterally act on its own will to revoke the EOs that bypassing the YDPA.

Although the published gazette could state that the revocation of the EOs takes effect on an earlier date, which means the cancellation of the EOs would take place retrospectively, any attempts to backdate the effective date in a gazette show the lack of transparency and accountability on part of the PN-led federal government. Due to the lack of transparency and accountability, and the delay in announcing such monumental decision without proper justification as regards the undue delay, this has led to lapses in time in which the vast majority of the public and government enforcement officers who were just going on with their usual daily lives and duties, did not have the benefit of having proper context. This is all because the PN-led federal government failed to apprise the nation of a fundamental piece of information. This is a complete failure and shows their lack of respect to the rule of law, causing unnecessary grief and emotional distress to everyone.

If such a gazette of the YDPA’s decision was published on July 26, it is presumed that the EOs is cancelled on July 26, unless another date is stated. However, in the event that such a hypothetical gazette published on July 26 clearly states that the EOs are revoked from the date of July 21 onwards, it would mean that any government actions to issue notices of compound for RM10,000 to individual SOP offenders from July 21 onwards would therefore be deem as null and void. Which means that, the so-called SOP offenders who received the notices of compound for RM10,000 from the government enforcement officers have the rights bring an actionable claim and to declare such notices of compound as null and void.

Judging from the current situation, it the revocation of the EOs was made verbally by the de fact Law Minister in the Parliament without going through proper channel of gazetting, the government enforcement officers such as the police can continue to use the powers listed under these Ordinances now. It is safe to submit that such verbal announcement does not have any legitimacy to take effect of the revocation.

How Did Sabah And Sarawak Change Its Status To Merely 12th And 13th States Within The Federation Of Malaysia?