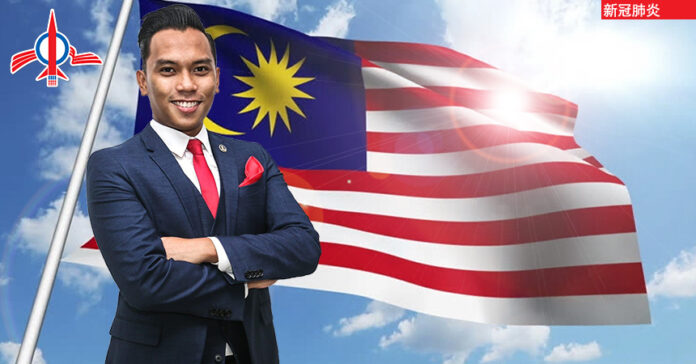 As Malaysia celebrating its 58th anniversary, let us not forget our purposes of Sarawak joining the States of Malaya, Singapore and North Borneo (now Sabah) to form the Federation of Malaysia. However, since 58 years of its formation, many of rights which was originally belongs to both Sabah and Sarawak has been eroded by the Federal Government. There’s has been no action taken on part of the Federal Government to restore the rights of Sabah and Sarawak within the Federation.

The only moment where Sabah and Sarawak nearly reclaim its right was when the then Pakatan Harapan (“PH”) government tabled a motion in the Parliament to restore the rightful status of Sabah and Sarawak within the Federation of Malaysia. Unfortunately, the motion was defeated on the grounds that it didn’t received a two-thirds supports as required by the Federal Constitution. Had Gabungan Parti Sarawak (“GPS”) decided not to abstain on the motion, both Sabah and Sarawak would have now be on equal status with the States of Malaya.

Here are the five things that our future generations of Sabah and Sarawak should fight for if we are able to win back the people’s mandate:

1️⃣ Amend Article 1(2) of the Federal Constitution to restore the rightful status of Sabah and Sarawak as equal partners within the Federation of Malaysia.

(a) The States of the Federation shall be Johore, Kedah, Kelantan, Malacca, Negeri Sembilan, Pahang, Penang, Perak, Perlis, Sabah, Sarawak, Selangor and Terengganu”

2️⃣ Amend S.1 of the Continental Shelf Act 1966 (“CSA”) to reclaim the rights over the natural resources in its water where the state government had long surrendered to the federal government.

The current S.1 CSA 1966 stated that: “(1) All rights with respect to the exploration of the continental shelf and the exploitation of its natural resources are hereby vested in Malaysia and shall be exercisable by the Federal Government”

In short, the federal government has, through the Continental Shelf Act, acquired the rights over exploration of natural resources in Sarawak water.

3️⃣ Amend S.2(1) of the Petroleum Development Act 1974 (“PDA”) by adding just two words – “excluding Sarawak” to ensure that the Petroleum Sarawak Berhad (“PETROS”) would have more than regulatory rights to the reserves of the state. This is because, unlike Petroliam Nasional Berhad (“PETRONAS”), PETROS does not have the exclusive rights to the entire ownership of petroleum on-shore or off-shore within its boundaries.

The current S.2(1) PDA 1974 states that: “The entire ownership in, and the exclusive rights, powers, liberties and privileges of exploring, exploiting, winning and obtaining petroleum whether on-shore or off-shore of Malaysia shall be vested in a Corporation to be incorporated under the Companies Act 1965 or under the law relating to incorporation of companies”

After the passing of this Act, he said Petronas was incorporated and given the exclusive rights and ownership of all petroleum in Malaysia including that in Sarawak. Thereafter, in 1976, the Sarawak government entered into the Production Sharing Agreement with Petronas agreeing to a five per cent of oil and gas royalties.

4️⃣ Amend both S.4 and S.5 of the Exclusive Economic Zone Act 1984 (“EEZ”) to give Sarawak the sovereign rights in the exclusive economic zone without any prohibitions from the Federal Government.

The current S.4 EEZ 1984 states that: “ In the exclusive economic zone Malaysia has – (a) sovereign rights for the purpose of exploring and exploiting, conserving and managing the natural resources, whether living or non-living, of the sea-bed and subsoil and the superjacent waters, and with regard to other activities for the economic exploitation and exploration of the zone, such as the production of energy from the water, currents and winds”

And current S.5 WEZ 1984 states that: “Except where authorized in accordance with the provisions of this Act or any applicable written law, no person shall in the exclusive economic zone or on the continental shelf –

(a) explore or exploit any natural resources, whether living or non-living;
(b) carry out any search, excavation or drilling operations;
(c) conduct any marine scientific research; or
(d) construct or authorize and regulate the construction, operation and use of—
(i) any artificial island;
(ii) any installation or structure for any of the purposes provided for in section 4 or for any other economic purpose; or

Exclusive Economic Zone 13
(iii) any installation or structure which may interfere with the exercise of the rights of Malaysia in the zone or on the continental shelf.

The current S.3(1) TSA 2012 states that: “the breadth of the territorial sea of Malaysia shall for all purposes be 12 nautical miles.

However, S.3(3) provides, inter alia, that for the purpose of any written law relating to land in force in Sabah and Sarawak, any reference to territorial sea therein shall in relation to any territory be construed as a reference to such part of the sea adjacent to the coast thereof not exceeding three nautical miles measured from the low-water line.

By virtue of the lifting of the Proclamations of Emergency on November 23 2011, and pursuant to Article 1(3) of the Federal Constitution, the territory of the State of Sarawak is the territory comprised therein the Federation of Malaysia immediately before Malaysia Day (September 16 1963) and that means sovereignty over the continental shelf as was first laid down by the Sarawak (Alteration of Boundaries) Order in Council 1954.

Article 2 of the Federal Constitution stipulated that the Parliament may by law alter the boundaries to any State but a law altering the boundaries shall not be passed without the consent of that state in a state legislature and of the Conference of Rulers.

No law was passed in our Sarawak state Assembly to effect the altering of the boundary of Sarawak, and further, the Territorial Sea Bill 2012 tabled in the Parliament did not stipulate that the prior consent of the Conference of Rulers had been obtained.

*️⃣ In a conclusion, celebrating the 58th anniversary of the formation of the Federation of Malaysia would be meaning in years to come if both federal and state governments amend Article 1(2) of the Federal Constitution, S.1 CSA 1966, S.2(1) PDA 1974, S.4 and S.5 EEZ 1984 and S.3(3) TSA 2012. Failure to amend all the abovementioned Acts would see the rights of Sabah and Sarawak further eroded and by the time we realised it, it would be too late as nothing else left for us.