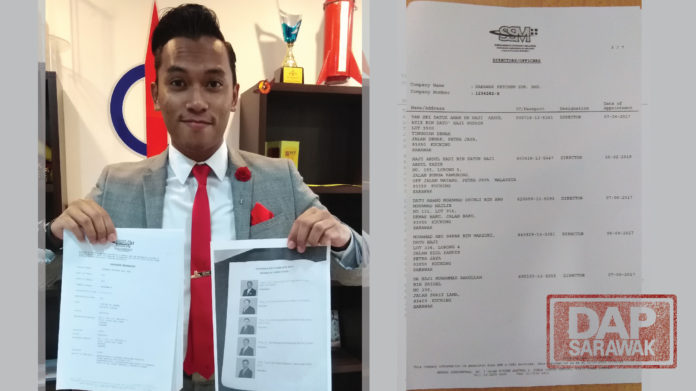 Sarawak has 2.8 million population which comprises mainly the Dayaks – the Ibans, Bidayuhs and Orang Ulus – followed by the Chinese, the Malays and Melanaus, while the rest consists of smaller ethnic groups that include Indians and Eurasians.

It is a well-known fact that Sarawak is home to various ethnic groups but when it comes to the major public appointments in the state civil service, statutory bodies or government-linked companies (GLCs), it does not reflect our diversity.

It seems like the state government has no intention to solve the issues of the lopsided racial composition in the major public appointments, civil service, statutory bodies and GLCs. It is very clear and obvious that the ethnic Dayaks are comparatively under-represented in the management and professional groups or the public sectors as a whole.

It seems that the current state government would continue with such policy of racially biased nature as what was practised by their former big brother, Umno, in Peninsular Malaysia under the previous Barisan Nasional kleptocratic regime.

The Federal Constitution, particularly Article 153 and 161A, and the corresponding Article 39 of the Sarawak State Constitution have made provisions for the positive discrimination and preferential treatment to safeguard the special position of the indigenous and native communities in Sarawak.

Sarawak is probably the only plural nation-state in the world which has shown, through its past and contemporary history, that all the people can live together and stand together to defend those constitutional safeguards.

Nowadays, the state government led by GPS could not hide facts from the people especially the younger generation as they are more discerning.

A fair and transparent system will give a positive message to all communities and instil confidence in our youths in our civil service, statutory bodies and GLCs that meritocracy can be the measure for recruitment for all races. Meritocracy will draw in the best talent to administrate SPSB.