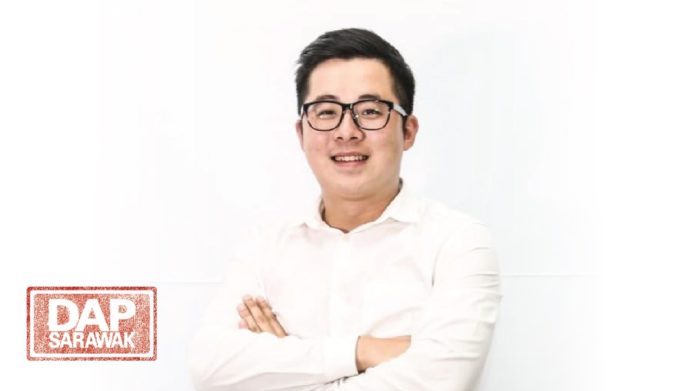 The DAPSY Secretary Leslie Ting urged that Sarawakian have a strong belief, and stay firm in the fight to win in coming State Election.

He said although Pakatan Harapan has won the 509 General Election, but Sarawak government has never been changed, with the GPS shadowing Barisan National and will be returning to the colony at any time.

With the combination of UMNO, PAS and MCA, and endless effort of playing the sensitive issues such as race and religion, the GPS has never dared to comment but blindly stay loyal to their master without shame.

He said the revolution of turning down the previous government is not the end of the fight. We cannot hold back especially on the responsibility against the combination of UMNO, PAS, and GPS.

GPS was cheered up when the combination of UMNO and MCA won the Piai by-election, whereby they choose to unseen the PH government’s effort in making corrections towards the previous governance. They purposely picking holes on what the PH government has yet to complete within their ruling of less than 2 years, by accusing the PH government with mistakes that were created in more than half a century earlier, by the BN government.

He stressed that the GPS is just waiting for the right time for the merging of UMNO and PAS, in order to help them to claim back the ruling power and to continue the corruption system. Therefore in order to save Sarawak from continuing being poor and leave behind, we must ensure the governance is in line between State and Federal government to ensure the parallel reformation system can take place. By only supporting PH to rule Sarawak is the way to stop BN from returning to our State.