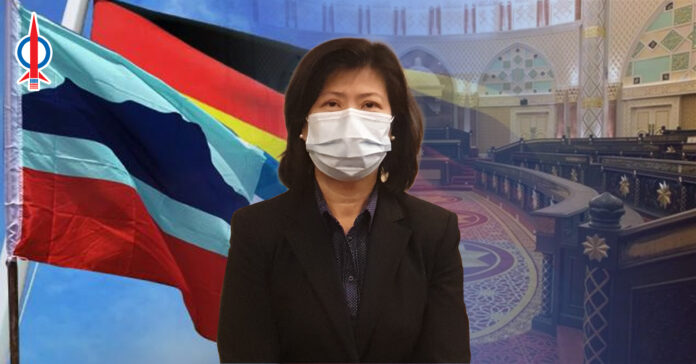 There is no reason why the date for the 2nd reading of the proposed Bill to amend the Federal Constitution to restore the equal status of Sabah and Sarawak cannot be scheduled first even if there are still some issues which need to be clarified by the Attorney-General.

As the matter is urgently important to the people of Sabah and Sarawak, the refusal to schedule the date for the 2nd reading belies the possibility that the PN government at both the federal and state levels have no real intention to proceed with the passing of the bill to allow the status of both Sabah and Sarawak to be rightfully restored. To only determine the date for the 2nd reading after all cabinet members of the federal government have been “fully satisfied” with the AG’s explanation (as reported in Malaysiakini) cannot be acceptable as it leaves open a very high possibility that the date would never be scheduled. The claim that it has been approved in principle means nothing if the details can still be picked on by any one member of the cabinet.

After so much hype about the proposed bill, the postponement of the second reading of the Bill leaves a very bad taste in the mouth for the Sarawakians. It causes one to wonder if the proposed bill is actually a political gimmick in readiness for Sarawak state election, to relay the idea that the two states’ status would be restored but which date in fact has not even been fixed for the Bill’s 2nd reading and hence for the debate and discussion by the Members of Parliament.

The passing of the bill would be the first step to the restoration of our equal status in the federation of Malaysia. However, the GPS government needs to ensure that this status does not stay in name only but to be also applied in the practical governance of our state rights vis-à-vis the federal rights.

Over the years, the problem of dilapidated schools, poor and no internet connectivity and shortage of teachers in Sarawak have been raised over and over again. And yet, none of the problems have been resolved. Sarawak is one of the states with the most vacancies for teachers and yet complaints have been received that priority has always been given to teachers from Peninsular Malaysia even though we have local teachers specialising in the same subjects.

Likewise, Sarawakians have much to complain about the healthcare provided by the federal government to the state. The lack of specialists, healthcare facilities and funds have been badly highlighted particularly during the past two years. Sarawakians are indignant to receive the second hand and malfunctioned ventilators to Sibu, Bintulu and Sarikei Hospitals earlier this year during the peak of fighting the pandemic. In fact, much of the time, our people have been made to feel that our hospitals need to beg for resources and manpower to be sent over to our state.

It is obvious therefore that the performance by the Federal government has failed far short the expectations and aspirations of Sarawakians. After 58 years, it is time that the state government of Sarawak invokes Article 95C(1)(b) to be read together with Article 80(4) of the Federal Constitution and push for the executive authority over these two matters to be decentralised and transferred to Sarawak.

During this time, when Sarawak obviously calls the shot in the political scenario, the GPS government would be failing the people of Sarawak if the executive authority over these two matters is not being aggressively negotiated to be transferred to our state. It is time that our own people take charge of these two matters which is also a key driver to a more developed state with a high quality of life.