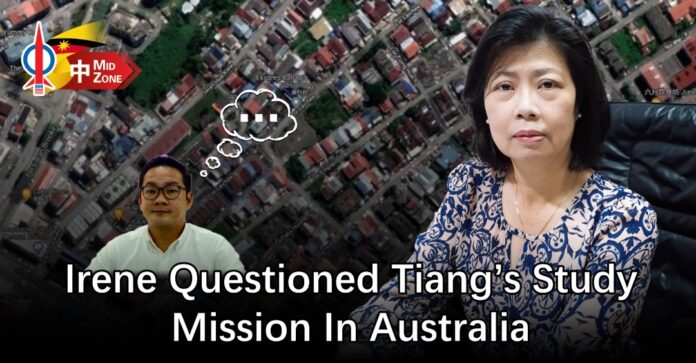 I refer to the news report (Dayak Daily online 13/3/22) that the Deputy Minister of Public Health, Housing and Local Government Michael Tiang was flying to Australia for a “two-week study mission” to search for inspiration for the Bukit Assek Redevelopment Plan, in particular on the water supply and management system.

The news had further gone on to say that the Plan has not been finalised as Premier Datuk Patinggi Tan Sri Abang Johari Tun Openg was not satisfied with the Redevelopment Plan which was presented during the briefing in Sibu on 22 January 2022.

This is in contradiction to the earlier overall impression given that the Bukit Assek Redevelopment Plan was already in place, ready to be implemented anytime soon.

Nevertheless, in August 2021, Datuk Chieng Buong Toon as the Chairman of Sibu Urban Renewal Committee was reported to have said (The Star online 31/08/21) that a firm in Kuching called Taya Rancang was appointed to conduct the study and to draft the master plan. Have this study and master plan now been rejected? Or is this the Plan that needs to be given the “inspiration” to be improved?

In any event, if such a study mission is indeed required, it would be more logical to send qualified engineers and architects rather than an elected representative whose academic background does not include engineering knowledge which is required for such a project.

As the Sibu Urban Renewal Committee has been tasked to be in charge of the Redevelopment Plan, I urge them to reveal and give an account on whether there is/are any reference projects in Australia which they might be specially looking at and which therefore the Deputy Minister is now looking at in the study mission. And why Australia, in particular Sydney, Adelaide and Brisbane (as revealed by Michael Tiang in his fb live on 13th March 2021 in KLIA before he took the flight) when the land condition is not entirely the same as in Bukit Assek.

It has to be remembered that all elected representatives and government servants need to be transparent and be accountable to the people for every cent spent of the taxpayers’ money. So, if this trip is an official trip, then it should be revealed in detail, the agenda, including the day-to-day schedule and with whom would the Deputy Minister and his team (if any) would be meeting during these two-weeks mission.

On the other hand, since the Premier was not happy with the Plan presented at the briefing, then I urge him to give priority to our own pool of local engineers and architects and other professionals and instruct his people to source for alternative plans from them. There is no lack of local experienced professionals as we have many who have lived and worked in overseas for many years before they returned to Sarawak. I am confident that they would be able to come up with inspiring and feasible Plans and which would, at the same time be suitable to the needs and likes of the people of Bukit Assek and Sibu.

Indeed, in my debates in DUN in 2018 and 2020, I have brought up on the Bukit Assek Rejuvenation Plan which was drafted by a renowned local Architect. The respected local architect has the vision of transforming Bukit Assek into a canal town as our little Venice in Sarawak by introducing a canal system in the area to serve as the urban storm water retention as well as to maintain the water level in the peat soil.

The canal system seems a feasible solution to the flooding woes which have plaguing Bukit Assek for decades and which would also be a tourist attraction in Sarawak.

I urge the Premier therefore to open the doors to these local professionals first before being so apparently ready to seek for answers and inspirations from overseas which might cost our taxpayers a lot of consultation fees etc.

In any event, the people would expect a full and detail report from the Deputy Minister on this study mission to Australia when he comes back.