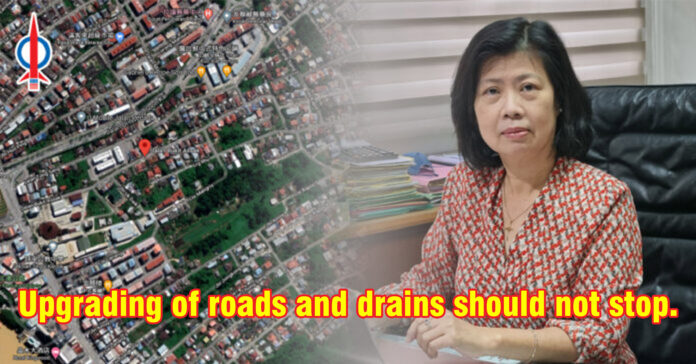 I refer to the statement by SMC that it has frozen all works to upgrade roads and drains in areas under the Bukit Assek Redevelopment Plan pending the announcement and commencement of the said Redevelopment Plan.

So when would the Redevelopment Plan be able to be finalised, announced and to commence? On 13 th March 2022, Pelawan representative, Michael Tiang had announced in his social media that he was flying to Australia for the 2-week study mission to search for inspiration for the Bukit Assek Redevelopment Plan which was yet to be approved by the Premier as the latter was not satisfied with the Plan as presented to him in Sibu on 22 January 2022.

Was the outcome of this study mission revealed in the just concluded DUN sitting? Was there any mention in the meeting on the progress and when would the Redevelopment Plan be finalised and implemented?

The Bukit Assek state assembly person, Joseph Chieng should now take responsibility and explain to the people why has the Redevelopment Plan still not being announced yet and the details yet to be revealed. The plan was what he had promised the people of Bukit Assek since even before the state election. And now that he is an elected representative of the ruling State Government, he should have all the state resources in his hands and the ears of all the ministries and government departments in order to make the redevelopment of Bukit Assek happen without any further delay.

Furthermore, even if the Redevelopment Plan has still not been finalised, the people have the right to demand from the state government that the upgrading of all roads and drains should continue to be carried out as and when they are required, that all roads should be well maintained and all drains should remain unclogged at all times and that there should have no flash flood after every heavy rainfall.

In fact, SMC as a local government should remember that their main responsibility is to serve the people of Sibu and to provide all the regular services which is covered by the assessment rates and taxes paid by the people.

Hence, unless a definite date can be given for the commencement of the Bukit Assek Redevelopment Plan, all services and projects to improve the living standard of the people should continue to be provided. This should include the projects to upgrade the roads and drains. These projects are to improve the living standard of the people and should not be stalled especially when no definite timeline for approval and implementation of the Plan has been made known to the people. The people’s rights as taxpayers, to enjoy good and well-maintained roads and drains at all times should not be deprived for a proposed Plan which has no definite timeline to be implemented.