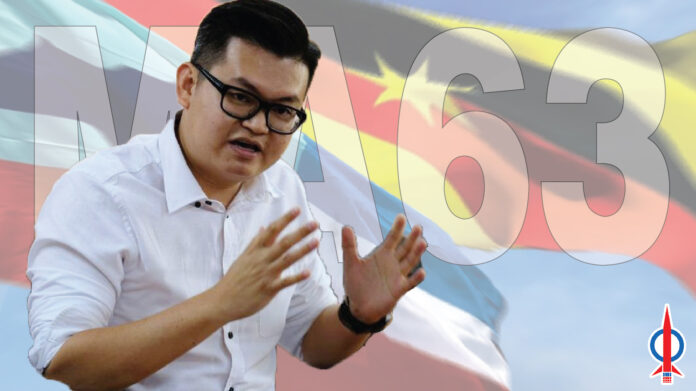 While I welcome the recent announcement by the Prime Minister Muhyiddin Yassin said he will ensure that Sabah and Sarawak are given fair treatment to bring them on par with peninsula states, but after 1 full year, I believe it is important that the Perikatan Nasional government fully explain to the people the progress made under their Ministry in terms of restoring our rights under MA63 as well as development and socio-economic advancement of those in Sabah & Sarawak until now.

The PM went further to claim that in order to achieve that, that is why he appointed a minister who manages Sabah and Sarawak affairs and the MA63 (Malaysia Agreement 1963). However, it is important to remember that such appointment or position will only benefit the person appointed and if there is no progress in their Ministry, it will not benefit the people of Sabah & Sarawak.

Even with a designated Minister, and Deputy Minister, such position means nothing if there is no progress in achieving what is rightfully ours and equitable development for our people.

Based on public records, until now the Special Council on Malaysia Agreement 1963 (MA63) that was formed under the PN government has only met once on 2nd December 2020, about 10 months after the formation of the PN and until now there is no news of a follow up meeting.

In that meeting itself, what was agreed upon is the formation of another three committees that will handle various matters that are important to Sabah and Sarawak.

So, it is of utmost importance, that each of those committee and the Ministry as a whole explain to the public what are the works done for the past whole year.

They should show to the people of Sabah & Sarawak their “1 year Report Card” by now to make sure such sweet words are not just political rhetoric.
They cannot use Covid-19 as an excuse as while the necessary Ministries focused on the handling the pandemic, the other Ministries can continue to function and push for necessary reforms under its jurisdiction.

I strongly believe that this is an issue of public interest as the people would want to monitor and know the report card of this Ministry on long-standing issues that has deprived Sabah & Sarawak of what is rightfully ours. We do not want this Ministry to be formed purely as an attempt to shore up political support for this unstable Perikatan Nasional(PN) government but not producing any tangible results for the people.

On the contrary, the PN government instead decided to put the Special Cabinet Committee on MA63 report that was done under the PH government under Official Secrets Act(OSA) even though 17 out of the 21 items were agreed upon, and even shelved the formation of MA63 parliamentary select committee that was agreed upon to monitor the implementation of the said agreements.

All this concerns not just the rights of Sabah & Sarawak, but also has an important effect on the understanding of our current federation. Our rights and the spirit of the formation of Malaysia should not be treated as if it can cause national harm or disorder for it to be placed under OSA.

That is why, I strongly urge them to produce their “1 year report card” and be transparent with the progress of the Ministry as we do not want a window-dressing Ministry, drawing hard-earned tax-payers money with nothing to show.