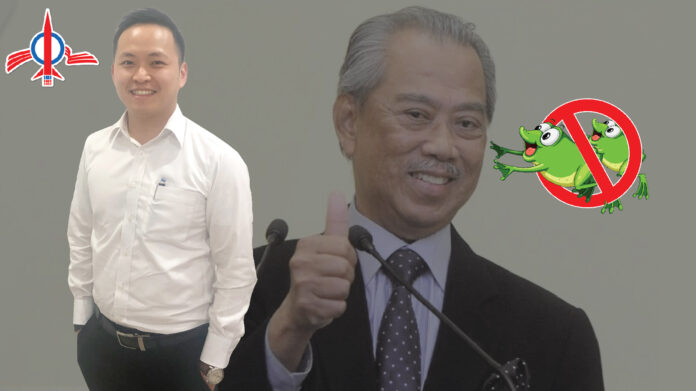 In one week’s time, the Parliament will be reconvening on 08.03.2021. What will be interesting is whether the motions of no confidence which were previously tabled by the many Member of Parliaments will finally be given the priority that it deserves. Based on the past comments from the Speaker, Azhar Azizan Harun, and also the Minister of the Prime Minister’s Department, Takiyuddin Hassan, we do not have much hope of that happening anytime soon.

However, all hopes are not lost. Since the withdrawal of Mohamed Nazri Abdul Aziz’s support for Muhyiddin Yassin, the current PN government had the support of only 109 MPs. This is clearly not a majority. In order to hold on to power, Muhyiddin Yassin successfully persuaded the Yang Di-Pertuan Agong to declare a state of emergency which essentially suspended parliament and any sort of check and balance.

While the reasons for the emergency was to combat Covid-19 effectively, we have seen that this is not the real case. There were half-hearted MCO restrictions which were as good as having none. At the same time, Muhyiddin Yassin was not actively seeking a solution with his Ministry of Health to curb Covid-19. Instead, he had taken this time to participate in more politicking and this is evidenced with today’s support by Larry Sng and Steven Choong.

The people are tired of all these charades and political moves. What they have voted was for a Pakatan Harapan government with the promise of a new system of governance. Since a general election cannot be called at this juncture, Muhyiddin Yassin should stop all such frog shopping.

Former Perak MB, Ahmad Faizul Azumu had the decency to resign when it was clear that he no longer had the support of the majority. Elsewhere, Italy’s prime minister, Giuseppe Conte also resigned amidst the Covid-19 pandemic when it was clear he no longer enjoy majority support. As such since the support is clearly not there for PN, Muhyiddin Yassin should man up and resign. Give Malaysians that spark of joy and glimmer of renewed hope during these difficult and trying times through this selfless act.