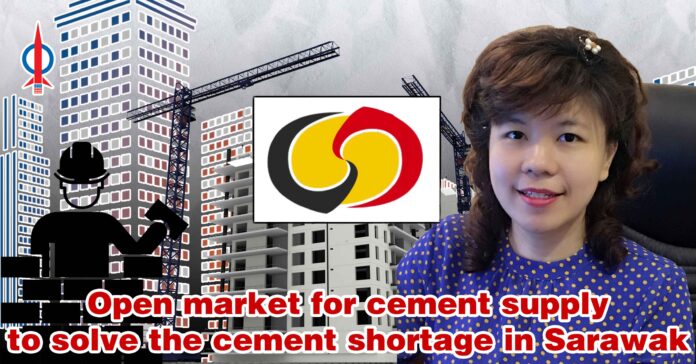 The Sarawak Government is urged to immediately step in to resolve the serious issue of shortage of cement supply in Sarawak which has badly affected the construction industry across the state and halted the progress of works of many government and private projects.

I have received feedbacks from the ground that no stock of packets cement are available in the market for sale and also the under supply of cement to all concrete mixing plants.

This is a serious issue and warrants urgent measures from the state government to fix it.

It is disappointing to see that though the low supply of cement has been occurring for quite some time, the Sarawak State Government and the management of CMSB have not come out with any official statement on the issue.

For decades, the sole cement supplier and manufacturer in Sarawak is Cahaya Mata Sarawak Bhd (CMSB).

Despite CMSB monopolized the cement market for decades, the problem of cement shortage keeps occurring and never gets improved or resolved.

“This is totally unacceptable and the Sarawak State Government should not close its eyes on the problem and let it occurs so frequently.”

The Sarawak State Government should remove monopoly market and practice free market economies by letting other manufacturers and suppliers to kick in the cement supply market so that the cement supply could be normalized and the price of cement always stays competitive.

“Due to lack of healthy market competition, it gives arise to such a situation that we are facing in Sarawak, not only that there is insufficient cement supply but the cement price is more expensive than other nearby regions” .

We had seen before, even if CMSB gave assurances that the price of cement in Sarawak will not increase in near term, it increased anyhow eventually and that included the price of ready mixed concrete.

The monopoly in cement market does not bring any good to the construction industry and the state at all.

I must say the sole benificiary to such unhealthy practice is none other than  CMSB which is politically connected to certain state leaders.

If the shortage of cement supply continues, coupled with the rising prices of building materials, the construction industry will definitely get a big blow from it.   The Sarawak State Government is duty bound not to allow such a scenario to happen but to address the issue responsibly and promptly.