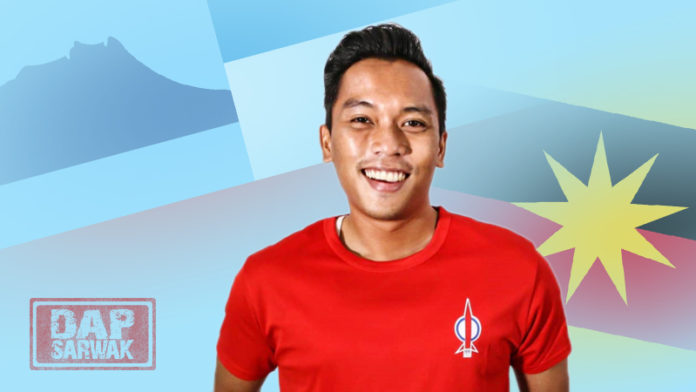 The amendment Bill to Article 1 (2) of the Federal Constitution is to set the right legal framework for Sabah and Sarawak to achieve their desired status in Malaysia.

The amendment, tabled by de facto Law Minister Datuk Liew Vui Keong in Parliament on Thursday, is also in line with the original structure in the Federal Constitution with the two states in a separate category from the other 11 states in the peninsula. The structure of Article 1(2) of the Constitution in the 2019 proposed amendment is exactly the same as that of the 1963 Article 1(2), save that we no longer use the phrase ‘the States of Malaya’ and ‘the Borneo States’. Surely, from Sarawak’s perspective, the present amendment is an improvement to the 1976 version of the Article 1(2) of the Federal Constitution.

It puts Sabah and Sarawak on the correct platform envisaged by our forefathers when Malaysia was formed. Furthermore, the said amendment is only a starting point in the continuous process of devolution of powers and reinstating Sabah and Sarawak’s equal standing.

Thus, I could not comprehend as to why Gabungan Parti Sarawak (GPS) MPs objected the Bill. Isn’t the said amendment to Article 1(2) of the Federal Constitution what the Sarawak government wants? No more, no less?

A proposed act of law begins its life when a particular government minister or ministry prepares a first draft with the assistance of the Attorney-General’s Department. The draft, known as a bill, is then discussed by the Cabinet. If it is agreed to be submitted to Parliament, the bill is distributed to all MPs. It then goes through three readings before the Dewan Rakyat.

At the second reading, the bill is discussed and debated by MPs. Debate on the general principles of the bill is followed by a vote. This is the main opportunity to debate the principle of the bill rather than individual clauses. A division at this stage, therefore, represents a direct challenge to the principle of the bill. Divisions on second reading can be on a straight opposition or a vote on a ‘reasoned amendment’, detailing the reasons the bill’s opponents do not want it to be read a second time, which may be selected by the Speaker. Bills defeated at a second reading cannot progress further or be reintroduced with exactly the same wording in the same session. If the bill is read a second time, it proceeds to the committee stage.

At parliamentary select committee stage, committee will consider each clause of the bill, and may make amendments to it. Significant amendments may be made at committee stage. In some cases, whole groups of clauses are inserted or removed. However, almost all the amendments which are agreed upon in committee will be tabled by the Government to correct deficiencies in the bill, to enact changes to policy made since the bill was introduced or to reflect concessions made as a result of earlier debate.

At report stage, an opportunity to amend the bill. The House need not consider every clause of the bill but only those in which amendments have been tabled.

At the third reading, a debate on final text as amended. The minister or his deputy formally submit it to a vote for approval. It is usually a short debate followed by a single vote and amendments that are not permitted. A two-thirds majority is required to pass the bill pertaining the amendment of the Federal Constitution, but in certain cases, a simple majority suffices.

Should the bill pass, it is sent to the Dewan Negara, where the three readings are carried out again. The Dewan Negara may choose not to pass the bill, but this only delays its passage by a month, or in some cases, a year; once this period expires, the bill is considered to have been passed by the house.

By unwritten Convention, it is normal for the government attempts to maintain top secrecy regarding bills debated; MPs generally receive copies of bills only a few days before they are debated, and newspapers are rarely provided with copies of the bills before they are debated. In some cases, such as a 1968 amendment to the Constitution, an MP may be presented with a bill to be debated on the same day it is tabled, and all three readings may be carried out on that day itself. In rare circumstances, the government may release a White paper containing particular proposals that will eventually be incorporated into a bill; this has been done for legislation such as the Universities and University Colleges Act (UUCA)

Although the process above assumes only the government can propose bills, there also exists a process for Private Member’s Bills. However, as in other legislatures following the Westminster System, few members of Parliament actually introduce bills. To present a Private Member’s Bill, the member in question must seek the leave of the House in question to debate the bill before it is moved. Originally, it was allowed to debate the bill in the process of seeking leave, but this process was discontinued by an amendment to the Standing Orders of Parliament. It is also possible for members of the Dewan Negara to initiate bills; however, only cabinet ministers are permitted to move finance-related bills, which must be tabled in the Dewan Rakyat.

As seasoned politicians, MPs like Dato’ Sri Fadillah Yusof, Dato’ Sri Nancy Shukri, and Datuk Seri Wan Junaidi Tuanku Jaafar, it is totally perplexing as to why they acted like political buffoons by staging a walkout during the first reading? As lawyers, they should be very familiar with the parliamentary procedure when they took Public Law subject during their studies on law degree. If they don’t agree with the proposed Bill on the first reading, they can always take part in a debate to show their “gung-ho” during the second reading. Act like parliamentarians. Remember, manners maketh man.

The amendment is what was emphasised by the former chief minister the late Pehin Seri Adenan Satem and repeated by the current Chief Minister Datuk Patinggi Abang Johari Tun Openg.

As such, if GPS sincerely has the interest of Sarawak in mind, there is no reason to oppose. But sadly, GPS turns around to object the Bill for their political mileage and propaganda.

Therefore, it is most regrettable that when the Pakatan Harapan government is really serious in taking the first step to revert to the original position, the GPS Members of Parliament have resorted to the walkout, along with Umno lawmakers, when the amendment Bill restored Sarawak’s position was tabled in Parliament for first reading.

I urge GPS Members of Parliament to rethink their position, put aside their ego and pride and support the amendment Bill.