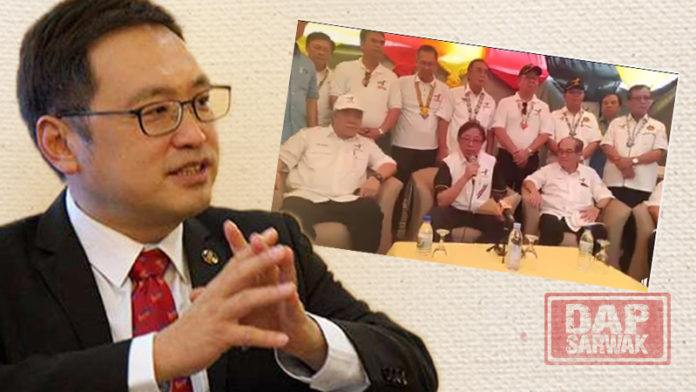 His statement is full of indications of a man who is trying to find a way out from his initial statement to support the Art. 1(2) amendment.

In his 4-page statement, there is no mention of the wordings of the Art. 1(2) proposed by the PH government. No fault was found in the drafting of the amendment presented in Parliament.

Yet, he is now raising a new point, that is the need to amend Art. 160 of the Constitution.

All along, attention, discussions and comments were only focused on Art. 1(2).

It was only when the PH government took the first step to restore Sabah Sarawak to their initial status by amending Art. 1(2) that this fresh point is now brought up.

When the PH government took the first step to submit the amendment to restore Sarawak and Sabah to their initial status, the GPS complains that they want a wholistic amendment.

What GPS is now asking the PH to do is for the PH government to also amend something that has been there since 1963.

My question is: if that is so essential, what has the Barisan Nasional and the GPS parties been doing since 1974 when they joined BN till 2018 (a period of 44 years)?

There are thus 2 conclusions that I can draw from Abang Jo’s statement, namely:

1. There is nothing wrong in the drafting of Art.1(2) as proposed by the PH government.

2. GPS is more interested in playing up this devolution of power issue to gain political mileage.

The reason to the second conclusion is clear. Any constitution amendment that restore Sarawak to its initial rightful position will prove the wrong done by BN to Sarawak all these decades. GPS being part of BN will have no way of exonerating themselves from blame.

If Warisan which is a Sabah based party which is also not in PH can accept the bill, there is no reason why Sarawak cannot accept.