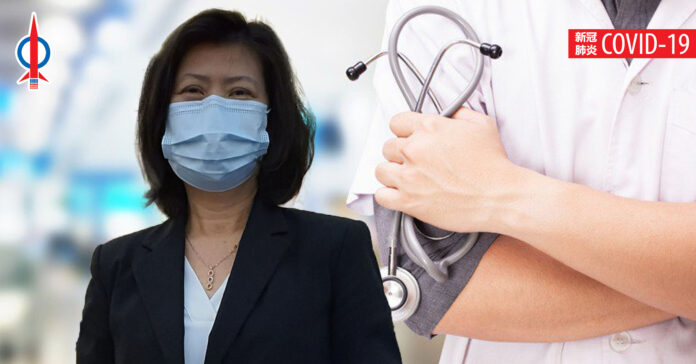 I refer to the recent statement by the deputy Health Minister II, Datuk Aaron Ago Dagang on the lack of specialists in Sarawak and say that healthcare system in Sarawak as a whole would never be improved if the disparity and inequitable distributions of specialists within Sarawak itself is not tackled immediately.

For more than 50 years, the major hospitals in Sibu, Miri and Bintulu suffer greatly from the lack of specialist care. In fact, I understand that out of the 500+ specialists serving in Sarawak as stated by the Deputy Health Minister II, more than 50% are based in Kuching with the rest being apparently apportioned among all the other major hospitals in the state.

In Sibu, the hospital is supposed to be one of the major specialist hospitals in Sarawak. And yet, up until today, Sibu Hospital still do not even have the basic sub-specialists care from the likes of nephrologist, neonatologists and Infectious Disease physician. And despite the escalating needs of the people, we still do not have any oncologist and
cardiologist to serve the people of central region of Sarawak. Sibuans and those from the central region still need to fly to seek for these medical treatments or to wait painfully for the care by the visiting sub-specialists.

On the whole, it is not disputed that Sarawak has about 1.5 times fewer doctors per population than nationwide Malaysia. However, this ratio is even higher for those from outside of Kuching.

Therefore, if the deputy Health Minister II is serious in resolving this issue on behalf of Sarawak, he, who is also a Sarawakian, should aggressively push for the decentralisation of healthcare from Putrajaya as currently, the distribution of specialists in Sarawak is done centrally by the Ministry of Health in Putrajaya.

The decentralisation from Putrajaya to Sarawak would allow the State Health department to have the autonomy to decide on the stationing of the specialists and senior health staff in any hospitals in Sarawak. The State health department should also have the autonomy to decide on the promotion of these specialists and on how the funds received should be allocated equitably throughout the whole state. It is expected that the State health department should be in a better picture of the true needs of each hospital in Sarawak and thus would be able to address and resolve those needs equitably.

The state government should also lobby for the decentralisation of healthcare from Putrajaya to Sarawak and to do their part to encourage specialists to look beyond serving in Sarawak General Hospital in Kuching.

This they can do by stepping up on economically and commercially developing other divisions in the state rather than concentrating most major developments in Kuching. In fact, Sibu being geographically in the central of Sarawak has the potential of becoming one of the main medical administrative centres as its central geographical location would make medical facilities easily accessible to people from all over Sarawak.

As this problem has been around for years and has been raised numerous times with the Ministry of Health at both the federal and state levels, it is therefore unacceptable that the Ministry of Health should still be stuck at
the discussion stage with no solution in sight. It is time that concrete action be taken and the starting point would be the decentralisation of healthcare from Putrajaya to Sarawak.