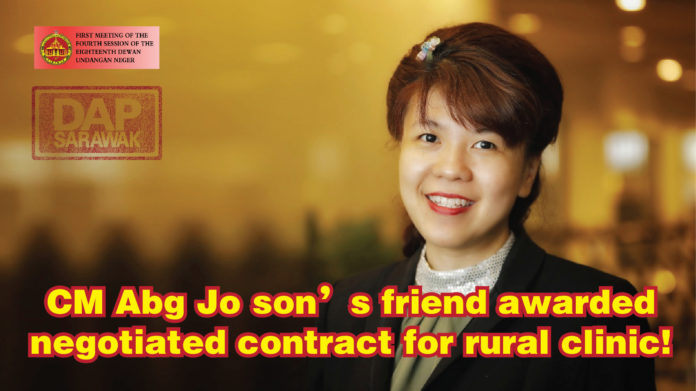 Pilot Solar and Hydrogen Project for Rural Clinics in Sarawak

I need to bring up another issue which involves hydrogen gas.  As we know, hydrogen is highly volatile and explosive.  In June this year, a hydrogen gas leak in one of the fueling stations in Norway has caused injuries to two persons.  As a result, all hydrogen stations by Hyundai Norway were temporarily closed. Although Norway is one of the earliest countries to have deployed hydrogen as fuel, they still have problem with its volatility until today.

Now I wish to alert this August house that our YAB Chief Minister’s enthusiasm with hydrogen is worrying.  A company by the name of HT Energy Sdn Bhd was awarded a hydrogen related project.  The company is owned by one Mr. Muhammad Hatta Surkani, who was also one of the shareholders of Merdeka Palace Hotel together with Chief Minister’s son, Abang Abdillah Izzarim bin Abdul Rahman Zohari . (Edge, 11th June 2018)

Our YAB Chief Minister was sworn in on January 2017.  HT Energy Sdn Bhd was incorporated on 8th March 2017.  On 17 April 2017, just less than one month after the Chief Minister was sworn in, HT Energy Sdn Bhd was already embarking on a proposed collaboration on a project to power rural clinics in Sarawak, Malaysia by using renewables and Hydrogen.  (Annica Holding Limited announcement, 5th June 2018).  In less than a year, on 14 March 2018 (i.e. before the change of the Federal Government), HT Energy Sdn Bhd was awarded to undertake a pilot project in Long Luyang Clinic, Marudi, Sarawak to provide reliable, clean and affordable electricity access to rural clinics based on Solar and hydrogen energy system. We must ask ourselves why most of the big projects in Sarawak are somehow connected to our YAB Chief Minister’s son.

According to a report by one company Annica Holding Limited, the pilot project awarded to HT Energy Sdn Bhd will serve as a pilot project for the company to implement the solar and hydrogen energy system to power up the rest of the rural clinics in Sarawak.  The Mr Muhammad Hatta Sukarni who is no stranger to YAB Chief Minister’s son has his shares acquired by Annica Holding Limited, Singapore.  The reason quoted was because I quote “in connection to this, the Board wishes to emphasize that through Hatta’s efforts, the Group is able to work with the Sarawak State Health Department under the auspices of the Malaysian Ministry of Health for the Long Loyang Pilot Project. The Board believes that Hatta will be able to introduce future contracts and opportunities to the Company”.

I would like to point out that this Long Layang Pilot Project is a State Project and the contract was granted to HT Energy Sdn Bhd through direct nego. Although HT Energy Sdn Bhd is a young company, it is obvious that the company has been given special treatment by the Sarawak State Government.

Apart from the issue pertaining to HT Energy Sdn Bhd being swiftly awarded the job, I am strongly against the implementation of such unknown technology in rural areas.  Why has this pilot project not been announced before? Why so quiet about it? Enthusiasm for hydrogen cannot be allowed to endanger the lives of our people especially when the location for the pilot project is rural and does not have hospitals to perform emergency rescue in the event there is explosion or mishap.  To introduce such a technology at rural areas is purely selfish. Please do not treat our rural villages as playground for your hobby.