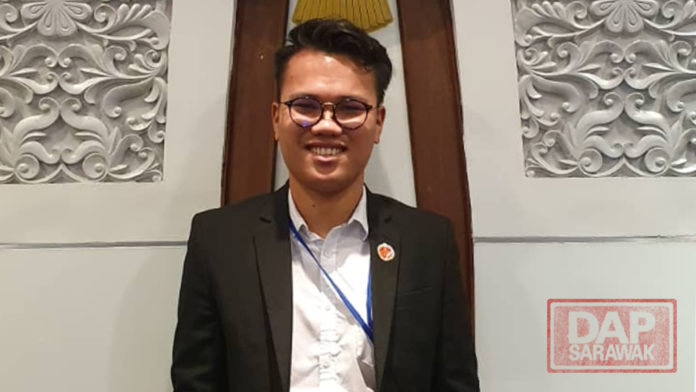 I was surprised and at the same time expected the u-turn made by the YAB for the PTPTN matter. For me, it is something that quite complicated to resolve. When the GPS Government announced that they have allocated RM30 million to help the burden carried by the PTPTN loaners in Sarawak.

When many Sarawakians graduates expect the state government to will help them to at least help them to resolve the problems and now the state offer loan pay to another loan concept when YAB Chief Minister announced that the loaners still need to pay to Yayasan Sarawak with new mechanism will be introduced.

YAB Chief Minister also said so because the State Government wants to help so that the student would not be blacklisted from travelling overseas and even working overseas. This statement is either the Chief Minister does not have time to read the news or purposely ignorant with the Federal government initiative. Don’t he realised that the federal government has removed the blacklist list for the loaner which is part of the Pakatan Harapan promises.

As a former student, I am more interested that the state government can provide more job opportunities and an income which reasonable with their qualification so that Anak Sarawak graduates will go back to Sarawak and invest in Sarawak and to build competitive and professional workers that can compete in world-class and industry-ready workers especially facing industry revolution 4.0.

Walk your slogan as Sarawakian First by investing in the next generation and not treat the state like a retirement place where government offer something that not adequately equips the Sarawakians embrace the new wave of the industrial revolution. If the state government did not focus on providing a platform for the graduates to perform, I believe we will not achieve 2030 vision as a high-income state. What more important for the graduates now is that they will have an income that is reasonable with their education levels. Most of the Sarawakians graduates who studies in Peninsular Malaysia prefer to stay there after their study as they found that peninsular Malaysia based companies can provide an income that being paid according to their education levels.

So don’t only slamming the Pakatan Harapan lawmakers as “ULUN” for their Malaya master when the state government can even provide a better platform where the Sarawakians graduates can make Sarawak as their first choice when looking for the job let them work for other states instead of Sarawak. Because they need high income, they prefer to work in Peninsular Malaysia and that will make Sarawak lacks of quality and professional workers.

Instead of looking for the new mechanism on how to pay the PTPTN for Anak Sarawak, I suggest the state government help to ‘Top-up’ the minimum income so that Anak-Anak Sarawak will come back and work in Sarawak. If they are financially stable, the state government don’t need to worry about the mechanism with Yayasan Sarawak how to let the loaners to pay the loan to another loan.