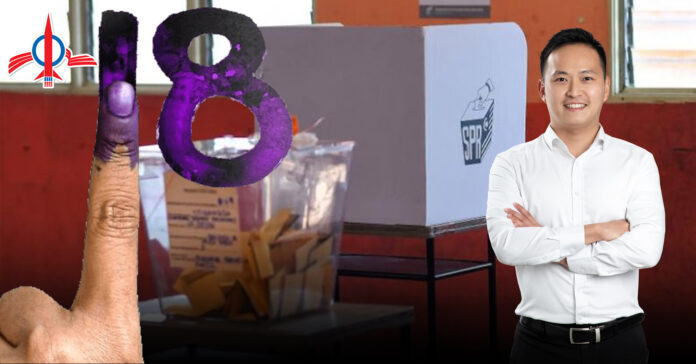 On 01.12.2021, a copy of the government gazette which stated that Undi18 is set to be in force from 15.12.2021 onwards was widely circulated in the social media. Sarawakians were excited to see the possibility of the youths voting in the upcoming 12th Sarawak state elections on 18.12.2021. This would also mean these youths can play a part in nation building by volunteering to be a Polling Agent/Counting Agent/Barung Agent.

All those high hopes and excitement were dashed today by the sweeping statement by PBB’s Wan Junaidi today when he confirmed that 18-20 year olds cannot vote in this coming state elections. Abdul Karim Hamzah also similarly issued a statement asking the youths not to be disheartened but to be comforted by the fact that they can vote in next year’s elections.

With respect, such a statement is very condescending and belittles the youths of today. The youth should be granted their constitutional right to vote in this coming state elections. We say enough with the illogical excuses and prolonged delay.