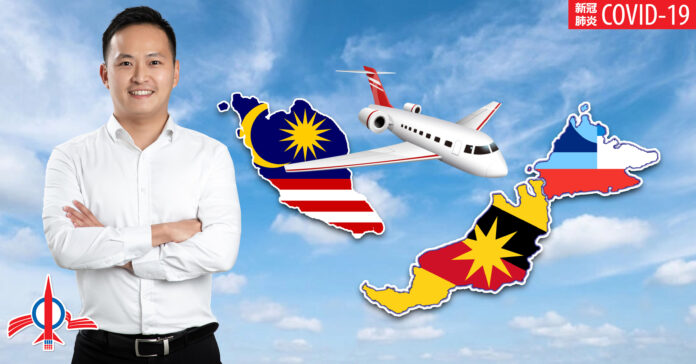 It is perplexing that although the whole of Malaysia can now travel interstate without any restrictions, SDMC still requires travellers to apply for permission before entering Sarawak. Even the Federal Government has abolished MyTravelPass for travels overseas after more than 90% of the total adult population have been fully vaccinated.

To compound the inconvenience to the people, there is a lack of response from the SDMC hotlines whenever members of the public make queries or would like to follow up on their application. Many times, we hear how some people have to cancel their flight home just because the SDMC approval was not granted in time. Not only is this cumbersome but it is also an expensive exercise. With flight tickets costing as high as RM2,000.00 for a one-way ticket from KL-Kuching, this adds to the people’s woes.

We only need to go to Sarawak Disaster Information’s Facebook page to see the sentiments of the general public. In every post, there will be members of the public commenting on how inefficient SDMC is and/or describing their ordeal in having to deal with SDMC.

It is ridiculous how inefficient and slow SDMC is running its operations. I strongly urge SDMC Chairman, Douglas Uggah and SDMC Advisor, Sim Kui Hian to revisit SDMC’s operations before more problems appear.