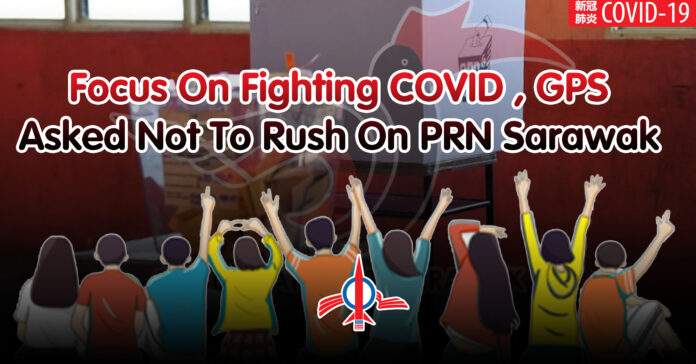 Ting Xiangzhi, DAPSY Kuching Vice Chief, believes that the GPS should concentrate on fighting the epidemic and not rush to lift the state of emergency in Sarawak in order to hold the Sarawak state election before the implementation of the voting policy that allows youth of the age of 18 to vote 31st December this year; which artificially deprives 18-year-old youth of their first chance to vote.

He believes that the deadline of the emergency state is about 100 days, and the Sarawak government does not have to rush to intentionally avoid first time 18-year-old voters.

He also questioned what the government is afraid of? Why are you afraid of 18-year-old voters? Is it possible that the ruling coalition of the Sarawak government is to be wrong for the achievements of its years of ruling Sarawak and is afraid of being abandoned by the voters?

Ting Xiangzhi said that at present, the Covid-19 epidemic in Sarawak is still very serious, with deaths and new confirmed cases occurring every day. Horrifyingly, the government has reduced the intensity of testing. On the surface, it seems that the number of cases has decreased. As the saying goes, there is no case without testing.

In view of this, he urged the Sarawak government to make good use of the remaining three months of the state of emergency to strengthen epidemic prevention, disinfect and sterilize the affected areas and schools to prevent the spread of the virus, and show courage to face the new young voters.