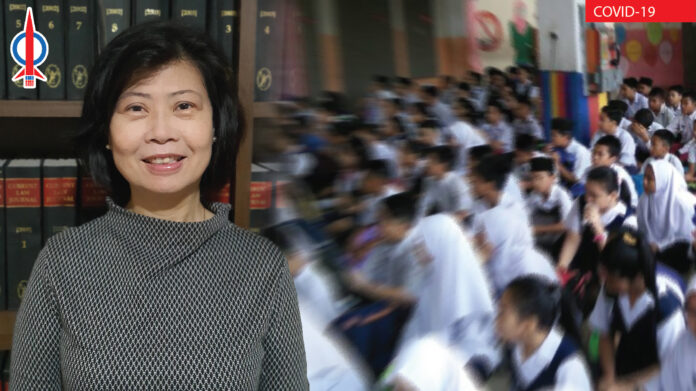 The State Government and SDMC should acknowledge and address the uppermost concern of the people in the red zones in Sarawak at this moment, that is, that most parents are reluctant and worried about sending their children back to schools on 1st and 9th March. There have so many calls from so many quarters to defer the face to face classes. The State government should realise that even with the vaccine now being available, most students and their family would not, at this stages, be adequately protected as most parents of these students fall into the category of the 3rd phase which would only be rolled out from the end of March. These parents are the ones who would be in direct contact with their young school going age children.

The concerns of these parents are not without basis as shown by the high numbers of the students being detected with Covid 19 during the third wave last year. It was reported that from 20th September 2020 until 21st October, 2020, more than 1,000 students were infected with 587 pupils aged between seven to 12 and 670 cases were of those between the ages of 13 and 18. While we don’t have the updated numbers, the recent 22 students of SMK Meradong being tested positive for Covid-19 shows that it is always challenging to contain the infection among students, especially the restless primary school students to keep to strict SOP for the whole day.SDMC should therefore not ignore the cries of these parents in Sarawak, especially given the fact that we can only expect a drop in the numbers of covid cases when the herd immunity through the vaccination programme is achieved. And that would not be in the immediate timeline.

SDMC should therefore urge the State Ministry of Education to liaise with the Federal counterpart to allow the online education to continue for those schools in all zones in Sarawak other than those which are consistently in the green zones until at least the end of March when the 3rd phase of the vaccination programme would be rolled out. Since we are already at the end of February and there is already a lot for the students to catch up on academically, one more month of virtual learning would be nothing compared to if the whole recovery plan through the vaccination programme is jeopardized though any oversight by the authorities concerned.

With the availability of the vaccine to be rolled out in phases in Sarawak soon, I would also like to urge SDMC to remind the people against the danger of letting down their guard in practising their SOP. All authorities concerned should ensure that this does not happen as the SOP is still the gold standard in the fight against Covid 19. While the vaccination is the only reasonable and responsible medical route to take in this stage of the fight against Covid 19, SDMC and the State Health Ministry should also make sure that the SOP continues to be strictly observed until the herd immunity against the infection is sufficiently built up among the people.

The State government and her leaders should therefore lead by example in this strict observation and show the people that they are taking all the same considerations and practising the same precautions as they would as if the vaccine were still not available. Deferring the face to face classes of the students would be one of these precautions that have to be taken to ensure that the expected result from the vaccination programme would not be jeopardized.