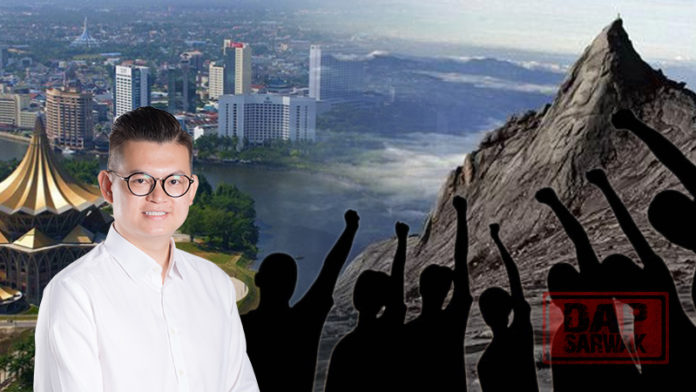 I welcome the decision by the Federal Pakatan Harapan Government to restore equal status to both Sabah and Sarawak in the Federation as announced by Minister in the Prime Minister’s Department Datuk Liew Vui Keong recently. The Federal Cabinet has agreed to table the proposal to amend Article 1(2) of the Federal Constitution to restore Sabah and Sarawak’s status as equal partners under one nation, at the upcoming parliamentary session.

This step is an important step in regaining our rights under MA63 and also shows sincerity and political will in recognising our special status and rights under the framework of MA63.

I myself that brought this issue up and debated it in Parliament multiple times not just because this is part of our manifesto and promise, but also it is important for the interest of the people in Sabah and Sarawak who were short-changed and had our rights including those to equitable distribution of wealth and reasonable development in the state, taken away over the years under the previous BN government.

This is a historic step in restoring what is rightfully ours as well as correcting the wrongs of the previous government especially when it involves our autonomy as well as equal standing in the federation.

This actually has been our consistent stand since 2012 through the Kuching Declaration 2012 where Pakatan Rakyat at that time fought for and spoke about the restoration of equal status in our federation. I am now glad that in less than a year when Pakatan Harapan took over the federal government, we managed to do what the previous BN government was unable to do all these years.

However, this is only one of the first few steps that has to be taken to correct the wrong to what has been done to these 2 regions especially to ensure more equitable development to the 2 regions after it has been neglected all these while. On top of this, I hope to see a review and increased of the proper revision of the special grants to Sarawak under Article 112(d) of the Federal Constitution and also to properly determine the rights of Sabah and Sarawak to natural resources as well as oil and gas on top of other things in order to get a more equitable share of resources to develop Sarawak especially in the rural areas.

I am optimistic such discussions are ongoing through the Bipartisan Special Cabinet Committee for MA63 which does not only involve politicians from 1 divide but also academicians and legal minds that will examine and identify the necessary legal rectifications needed to restore our rights under the Malaysian Agreement 1963.

This parliamentary sitting I will definitely be debating on this issue and supporting the constitutional amendments to restore our rightful status. Such constitutional amendments will require a 2/3 majority in Parliament and I urge all other MPs even those from West Malaysia to support such a move in order to restore the initial spirit of the federation as agreed by our forefather.

This again is just the first few steps, and after this, I do hope that the committee and also cabinet will act on the recommendations after the set time-frame by the Special MA63 Cabinet Committee, and not just produce a report that is nice to see or nice to read, but no tangible and proactive steps to address all the necessary wrongs.