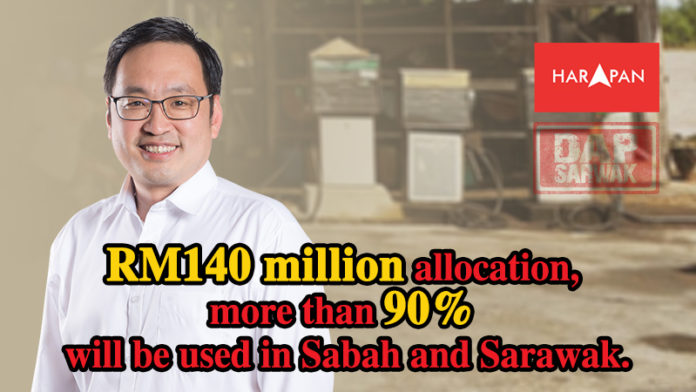 The Pakatan Harapan Government did not cancel the transport subsidy for essential goods for the rural areas in Sabah and Sarawak.

The program was supposed to commence in January but was delayed because the PH Government has improvised the procurement process from the previous direct-nego method to open tender method.

It was discovered that some of the contract transporters appointed through the previous direct-nego process did not perform to expectations.  Furthermore, the prices offered are also not competitive, resulting in the government paying more for less service.

In the open tender process carried out by the Ministry, over 3000 contract transporters submitted their tenders.  The Ministry is currently carrying out the selection process and appointment of the contract transporters will then be made in due course based on merits.  We are at the final stage of the selection process.  If everything goes smoothly, by 1-4-2019, the transport subsidy program will be in full swing.

Though the program was implemented 3 months late, the Ministry will make up for the late commencement with increased supply of the essential goods for the rural people. For example, last year, the allocation was for the supply of only 7 LPG tongs per family per year.  As a result of which, despite having the program, many rural people were still compelled to buy LPG tongs at no-transport-subsidy price.  This year, we have allocated the transport subsidy to 12 LPG tongs per family per year.  This is a huge increase.

The introduction of open tender system for the selection and appointment of the contract transporters is to ensure that those who are appointed really do their job and that the rural people truly receive the benefits of the transport subsidy provided by the government.

I apologise for the delay in the implementation of the said transport subsidy program, rest assured that the rural folks that in long run, the introduction of such open tender system is for the greater good and to the advantage of the recipients of the subsidy program.

Deputy Minister for Ministry of Domestic Trade and Consumer Affairs