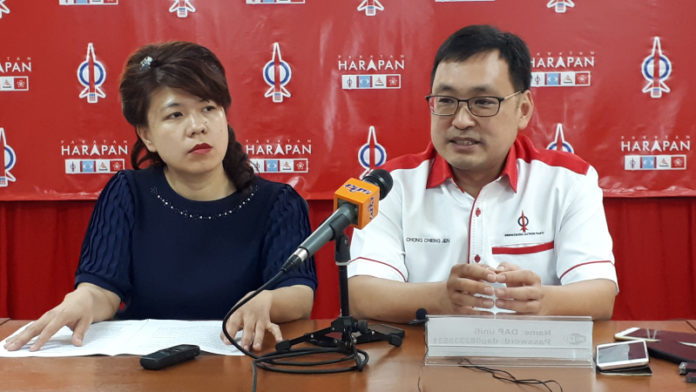 Within one year of becoming the Federal Government, the Pakatan Harapan (PH) Government has agreed to  return to Sarawak what the BN Government has taken away from Sarawak since 1976 (for 43 years).

In the original Federal Constitution at the formation of Malaysia, Sarawak was one of the 4 territories which formed Malaysia.  Singapore subsequently seceded from Malaysia, leaving Sarawak as one of the 3 territories in the Federation of Malaysia.  In 1976, the BN Government, with the support of PBB and SUPP, passed the 1976 Constitution Amendment reducing Sarawak from “1 of the 3 territories” status to “1 of the 13 states” status.

Thereafter, despite years of objection on the diminished status of Sarawak, the BN Government did nothing.  The PBB and SUPP then just played along with Najib in promising the sky but delivering nothing on Sarawak’s “equal partner” status.

It was only when the PH took over the Federal Government that a cabinet steering committee was formed in October last year to look into the restoration of rights to Sarawak and Sabah. Within a few months, the cabinet committee has produce some results.

In the coming Parliament sittings which will start on 11-3-2019, the PH Government will table the Constitution Amendment to return to Sarawak its rightful status of “one of the 3 territories” in Malaysia as stipulated in the original Federal Constitution.

The proposed amendment to restore Sarawak’s status as “one of the 3 territories” in Malaysia is the most important and fundamental step towards restoring the “equal partners” status of Sarawak to the then Federation of Malaya and Sabah.  That was how Malaysia was formed and that is how it should be.

It is only when all Malaysians take cognition of the “one of the 3 territories” notion that the talks of autonomy and “equal partners” concept of Sarawak vis-à-vis Federation of Malaya will be a normal course of events and produce concrete results.

The Cabinet’s decision to start with the amendment of Article 1(2) of the Federal Constitution to restore Sarawak’s “one of the 3 territories” status shows the sincerity of the PH Government to accord Sarawak and Sabah their rightful positions in Malaysia.

Whatever the Gabungan Parti Sarawak (GPS) wants to accuse the PH Government, it is to be noted that:

1.       It was the BN that tabled and approved the 1976 Constitution Amendment reducing Sarawak’s status to “one of the 13 States” in Malaysia;

2.       The said 1976 Constitution Amendment was supported by PBB and SUPP, the Sarawak local parties;

3.       Though PBB and SUPP have quitted BN and now call themselves GPS, history will still record that they, PBB and SUPP have supported the 1976 Constitution amendment reducing Sarawak to “one of the 13 states” in Malaysia; and

4.       It is now the PH Government who restores the rightful position of Sarawak’s “equal partner” status.