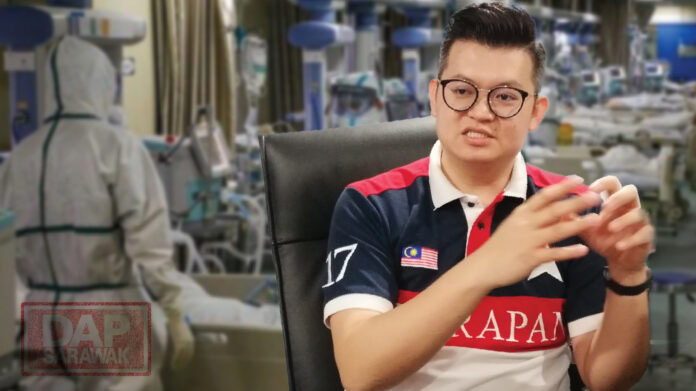 The Ministry of Health should clarify on their plans to properly address and resolve the contract issues among Healthcare Workers around the country including proper distributions and placements in places of urgent needs especially in Sabah and Sarawak. This includes the ministry’s plan for the medical officers that were in April offered a 6-month contract extension, but yet till now are unsure of the future especially as the next deadline is fast approaching.

For the upcoming July Parliamentary Session, I have submitted questions to the Ministry of Health for the government’s plans to resolve the issue of contracts among Healthcare Workers as well as for them to clarify transparently on the selection criteria for Medical Officers that were selected and also where were they posted especially for urgent needs areas in Sabah and Sarawak.

At the beginning of the year, MoH offered 102 permanent positions for medical officers from all over Malaysia but the placement for all those positions will be in Sarawak. While I welcome such a move especially to address the needs of doctors here especially in the rural areas in Sarawak, I believe MoH should reveal that how many of the 102 positions were actually offered to Sarawakians?

Over the years, many West Malaysian doctors have been transferred to Sarawak and even though they were dedicated and diligent in serving in Sarawak , in most cases, these arrangements were not permanent and they are eventually transferred back to their home states after their two-year compulsory service with the government, or because they wanted to be closer to their family or other legitimate reasons.

That is why since then, I has urged the Ministry to prioritise Sarawakians when making the new offers, especially if they are to eventually be posted in Sarawak to address the urgent needs of doctors here in the state, especially in the rural areas on a long-term basis. As it is, there are still many Sarawakians doctors or even healthcare workers that are serving in the State but yet to be offered a permanent posting.

The core issue that the Ministry needs to address is actually the ‘intake’ criteria or criteria of selection when it comes to choosing who gets the permanent position and who gets continued on contract. The whole selection can be more transparent so that there is not only greater certainty in selection, but also to remove any ‘perception’ of favouritism, biasness or even discrimination in selection.

“If the criteria is more transparent and ‘certain’, then the junior doctors can be better prepared and know for certain what they need to work for in order to achieve their target in obtaining a permanent posting. This may resolve a lot of the uneasiness and feeling of being under-appreciated that they are feeling now.

The best way we can appreciate our medical front liners especially for their service to our country during this pandemic is to invest into them and give them better security of tenure and of course a chance for them to further specialise in their desired Masters Program.

This is of course in line with the efforts by the government and hospitals to produce more specialists to address the lack of them nationwide and also to improve the quality of healthcare for our patients.

One of the things this pandemic has revealed is the importance of reforms in healthcare priorities especially systemic financing to healthcare. More investment into healthcare is really needed not just to deal with the current pandemic, but also more that will also come.