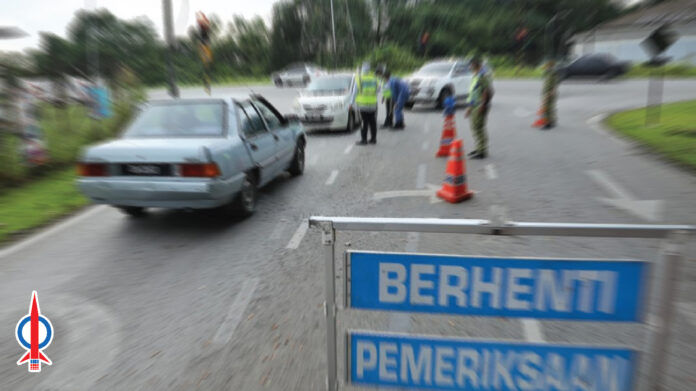 However, the relevant person in charge must strengthen supervision and must distribute all items directly to residents’ homes. Instead of calling at the door late night and tell the house owner to go to the penghulu house to get it. For this reason, local residents called him to express their dissatisfaction.

Ting Xiangzhi said that according to the public, the authorities dispatched large trucks of rice on the afternoon of 29 Nov, and arrived at Lorong 6B about 5 P. m. Perhaps because of the security tent in Lorong 6C, the trucks could not enter and had to leave. Residents thought they would be sent by car, or sent over the next day.

However, it was unexpected that when the local residents were ready to go to bed at about 10 P. M. that night, they heard someone shouting outside the house, which turned out to be the authorities telling that they are there to send aid. When the residents stepped out of the house, they found nothing, and the shouting staff left.

After the residents asked the guards, It was understood that they had to go to the local Penghulu house to collect the aid.

Ting Xiangzhi pointed out that residents are strongly dissatisfied with the government’s arrangements for distributing materials. The government should send the materials to residents’ homes instead of asking residents to pick them up at the Penghulu’s house at night.

Ting Xiangzhi also said that he sympathized with the resident’s feelings, not to mention that the Sarawak Disaster Management Committee has clearly stipulated that all residents who are within the scope of the enforcement of the enhanced movement control order will not be allowed to step out of their homes.

He asked why the staff of the Sarawak Disaster Management Committee were so sloppy in their work. Is it possible to not obey the house order at night? Or does the corona virus not spread to others in the middle of the night?