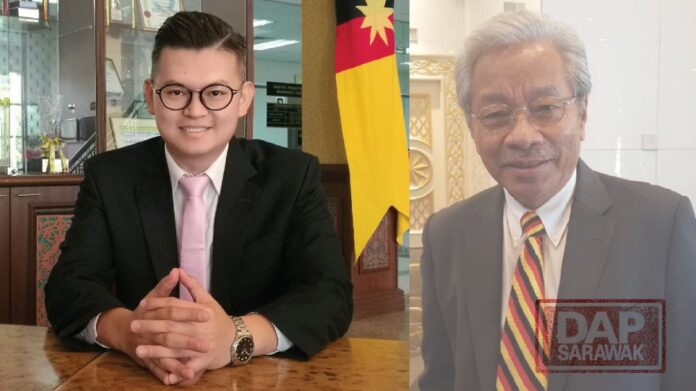 Sarawak Deputy Chief Minister Tan Sri James Jemut Masing recent statement that having Sabah Chief Minister Datuk Seri Shafie Apdal as the prime ministerial candidate is the “joke of the century” is clearly showing how he and GPS as a whole is not only trying to deny the due recognition of special position and partnership Sarawak and Sabah has in the Federation, but also downplaying and looking down on the potential and ability of an East Malaysian to take the leading role in managing and leading our nation for greater good.

He went on further to stress that Shafie, despite his ability as an administrator of Sabah, will not be accepted by Malayan politicians. That clearly shows he views and limits the potential of East Malaysian leaders that no matter what their capabilities and abilities are that no matter what, they will not be accepted because of where we come from.

Instead, Masing and all GPS leaders should be at the forefront to push and encourage an East Malaysian to be given a role in leading the country, especially since we have success managing ethnic and religious diversity, a constant thorn suffered by leaders especially in Semenanjung Malaysia. An East Malaysian premier can also better ensure that Sabah and Sarawak would no longer be marginalised as partners in the federation

This will enable Sabah and Sarawak to benefit from more development and be able to improve the living standards of the people here. On top of that, Shafie has a track record of fighting of our rightful position and rights under the Malaysian Agreement 1963 and having such a background will definitely be a benefit to us as a whole.

At the end of the day, we have to move beyond the old politics that has entrapped us for so long.

Shafie Apdal is also open-minded leader that he is, he treats all races equally and strongly upholds multiracialism and this is why he is loved and adored by most Sabahans. This is also what we East Malaysians have consistently practiced and continue to do, living peacefully and harmoniously in a multiracial and multi religious society for more than 50 years. I firmly believe that if we have a Prime Minister from East Malaysia, it will transform Malaysia into a more moderate country and truly achieve a “New Malaysia” we all have been striving to achieve.

That is why Masing and GPS should not be trapped in the mindset and captivity of negativity that no East Malaysian can ever lead the Federation of Malaysia. Just because they may feel themselves may not be able to lead under the system practiced by BN or now PN, it does not mean they should block or discourage other East Malaysian who has the ability to take the role.

We should all start looking East, and that historical step can be solidified as we put an East Malaysian as a PM for the first time in the history of Malaysia

That is why I call for all, including leader from GPS to back the call for Shafie Apdal to be named Prime Minister, to make history together and allow this to be a new wave to break the toxicity of racial and religious politics that we are often trapped in as well as achieve better inclusivity that our people have perhaps never felt before especially in terms of Federal-State relations.