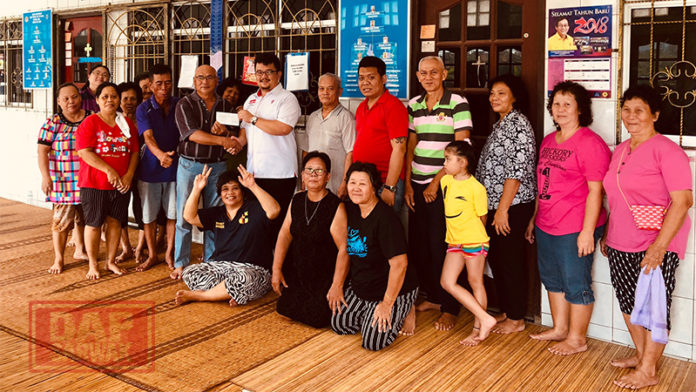 PH Sarawak must remain committed and be seen as strong together in countering this dangerous trend to make Malaysia slide down the level of ultra-extremism. It seems that now with UMNO PAS partnership is cooperating well.

The GPS leaders who are MPs have yet to denounce Najib in Parliament, instead the GPS Speeches still speak in awe of Najib. Apparently GPS still has a good relationship with Najib.

PH must disseminate the message & policies of the Pakatan Harapan federal government more actively to the people of Sarawak especially in the interior, in light of this growing slide to extremism.

“After nearly a year the Pakatan Harapan has become the Federal Government, I still find Tuai Rumahs who remain fearful in asking for programs from Federal Agencies from us. The fear-mongering is very real, no wonder how many times GPS denies it.”

Leon however congratulated the longhouse folks of Entawa Asal under their Tuai Rumah Kunjang Ak Kusing on being responsible to his anak buah and not succumbing to the fear mongering by GPS politicians and their ilk.