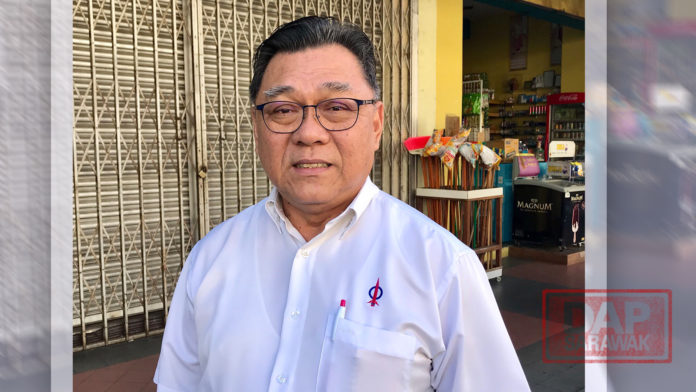 Tanjong Batu State Assemblyman Chiew Chin Sing said that he could not be more dumb founded that GPS would work together with PAS to try to gain State power in the coming State election.

Is GPS already in such a dire state that in order to survive she would even cooperate with PAS whose agenda in gaining power is non other than forming the Islamic State. DAP has no racial issue and is not against any religion.

PAS objective of establishing the Islamic State is obvious and that is exactly the reason why DAP left the Pakatan Rakyat pact with her before.

Of course this is not the first time that the GPS had worked with PAS. In fact they had joined up with UNNO to deny the people of Sarawak to restore Sabah and Sarawak to its original 1963 status during the last constitutional amendment bill.

So, it is obvious to us now that GPS leaving BN right after the 509 defeat was actually just a smoke screen to be seen discarding the racial and religious politics. They are actually working ever closer, where GPS tows along the line of UNMO and PAS.

It is most regrettable that over the years GPS had also banned the PH leaders from coming to Sarawak and yet when a party leader come toSarawak to stir up racial issues and other religious issues, GPS government would still welcome him with open arms.