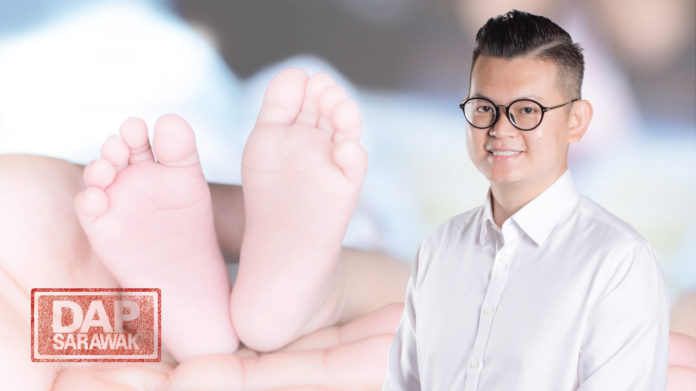 I urged the Home Minister Tan Sri Dato Muhyiddin bin Haji Muhammad Yassin and the Home Ministry to consider giving special considerations especially to those children born in the rural areas, so that they are able to do late birth registration in certain cases especially if there are legitimate reasons given at the state National Registration Department office rather than the need to travel all the way to the NRD headquarters in Putrajaya to do so.

This is in response to the decision by the Home Ministry to stop all late birth registrations at state National Registration Department offices with immediate effect in response to the fake MyKad scandal that rocked the NRD in Penang which saw 1 of their assistant director among others are being charged with 11 counts of falsifying birth certificates and identity cards.

Such acts are akin to ‘treason’ and are uncitizen-like and should thus be charged to the full extend of the law. However, while i understand the need to increase security in all the different process of the NRD to prevent abuse of such kind, but there are many real cases due to legitimate reasonings such late registration happen especially for those living far in the interior and rural areas that may find it difficult to travel to the bigger towns for registration.

In many of such cases, the rural folks can’t even afford to travel to the nearest town to register their child who was born in the interior, which may come up to many hundreds of ringgit on top of taking up to 15hours for a 1 way trip to nearest NRD office. Many of them especially the orang asal in the interiors are unaware of the needed laws and many still practice their customary laws even in marriage and birth. So in those cases, they do not travel down to the town to register their children straight and will then face problems when the children need to go to school or get hospital services.

While the NRD and certain NGOs do mobile registrations in some villages, but they are not equip to cover all the interiors of Sarawak where some villages requires long hour of travel up and down poor conditions. Many of these villages are not even connected by roads thus many will fall in between the cracks. Due to the new policy, they will then need to travel further to Putrajaya to have it solved and that in my view due to the distance and cost itself, will deter them from registering their child thus increasing the cases of stateless child in our country.

That is why i believe an exception should be given not just to children born in the interiors of Sabah and Sarawak, but also the Orang Asli in Semenanjung Malaysia that may also face similar issues such as poverty, logistical issues or even low awareness of the law.

That is why i request the Ministry to give special consideration to all the legitimate cases and not just have a blanket policy that may not be so relevant in some areas. If not properly implemented, it may even exacerbate the current situation and more and more of our children will be deprive of the right of education, healthcare and more importantly the right to a proper identity in their own country of birth.