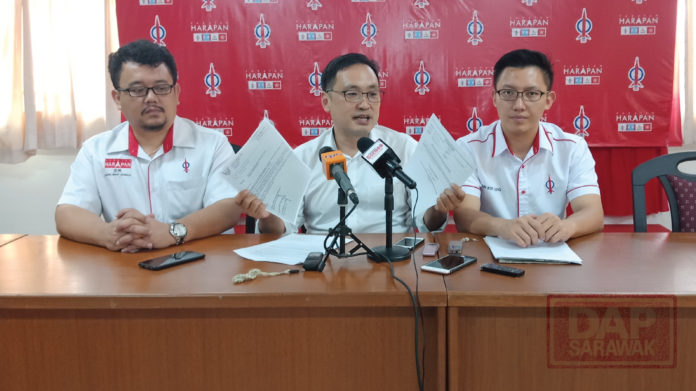 The appointment of Majlis Pengurusan Komuniti Kampung (MPKK) by the federal government for Sarawak is to facilitate the communication and implementation of federal initiatives and programs for the benefits of the people especially those in the rural areas.

Since the Pakatan Harapan took over the federal government in 2018, many Federal Government initiatives beneficial to the people have been implemented, eg. PeKa 40 (free or highly subsidized medical examinations and treatments), i-Suri (EPF benefits for housewives), Entrepreneur Grant programs, PPRT (Program Perumahan Rakyat Termiskin), consumerism programs, Bantuan Sara Hidup (BSH) and many others.

However, these initiatives and programs could not be effectively carried out and information thereof disseminated to the rural people due to the non-cooperation and sabotages by the GPS Sarawak State Government.

As a result of such directive, Ketua Kampungs and Tua Rumahs were fearful to give their cooperation to all federal government agencies and elected representatives from the Pakatan Harapan Government to carry out programs in their kampungs or longhouses. This is despite the fact that out of the monthly RM900 allowances paid to these Tua Rumahs and Ketua Kampungs, RM500 actually comes from the Federal Government.

Whatever maybe the intention of GPS Sarawak Government in issuing such directive, it has denied many Sarawakians, especially those in the rural areas, the welfares and benefits of Federal Government programs.

If the GPS politicians are genuinely having the interest of the people in their hearts, they should not be objecting to such appointments because:

Ultimately, the rural people will benefit from appointment of these MPKKs as the MPKKs will be more effective in disseminating the information about the Federal Government initiatives and programs which until now could not be effectively implemented because the Ketua Kaums and Ketua Masyarakats were not allowed by the GPS Sarawak State Government to attend Federal Government programs.

So, why are the GPS politicians complaining, unless they are putting their political interest over and above the interest of the rural people.