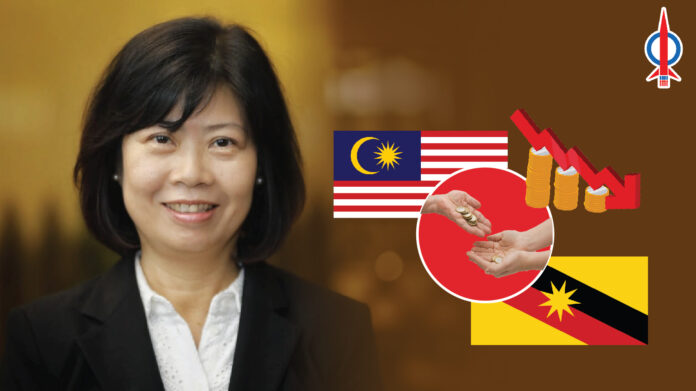 Following the revelation by Dr Kelvin Yii, MP for Bandar Kuching on the reduction of the special grant to RM16 million from the allocated sum of RM32 million in Budget 2020, GPS state government should clarify to the Sarawakians if they had known of the reduction before the tabling of Budget 2021 and if they had, on why have they allowed the special grant made under Article 112D of the Federal Constitution to be so reduced.

Given the inheritance of huge debts from the previous BN government and which had then left the country on the brink of bankruptcy, the increment of the special grant from RM16 million to RM32 million in 2020 was one of the most herculean effort made by the PH federal government for the benefit of the people of Sarawak. The PH government had remembered the pledge to help Sabah and Sarawak and had only into the 2 nd year of governance, doubled the special grants to the two states. This special grant had never been reviewed since 1969 and yet the PH Government had on their own accord, increased the grant to RM32 million from 2020 until 2023 and was to be doubled again to RM64 million in 2024.

It is now therefore crucial for GPS to explain to the Sarawakians for this reduction loss of RM16 million. They have to clarify if this reduction was part of the negotiation on the commercial arrangement between Petronas, Federal Government and the GPS Government. Was it also a part of the terms of negotiation for Petronas to agree to pay the RM2.95 billion in the state sales tax? The people of Sarawak have the right to know as this concerns their interest and welfare. They are the ones who stand to benefit or to suffer from any deal which the State government has made with the Federal Government and Petronas.

So far since the takeover of the federal government by the PN government, we have seen how both governments have refused to reveal any report on the details of negotiations or agreed terms held between them. Even the Sarawak Legislative Assembly Consultative Committee, which was formed to advance and safeguard the special interests, rights and position of Sarawak as enshrined in MA63 and the Federal Constitution, have not been updated since June 2020. And in the just concluded Sarawak DUN sitting, my motion to move for the terms of settlement of the cases between Petronas and State Government to be revealed to Dewan was also disallowed on the ground that the Consultative Committee had not at the material time of DUN sitting, received any report from the State Government for the members of the committee to discuss among them first.

All these reports on the details of negotiations and terms of settlement shrouded in secrecy plus the fact that PN Federal government has not allowed the final report from the Cabinet special committee which was tasked with reviewing the implementation of MA63, to be made public should raise the Sarawakians’ guard on whether mistakes of the past would be repeated which would cause our rights to be further eroded.

GPS government should therefore come clean to explain for the shortfall of the special grant to Sarawak to assure the people that their rights and interest have not been short changed in any way. All pertinent details of negotiation and agreed terms should be revealed including the agreement arrived at for the agreed reduction of the special grant from RM32 million to RM16 million in Budget 2021.