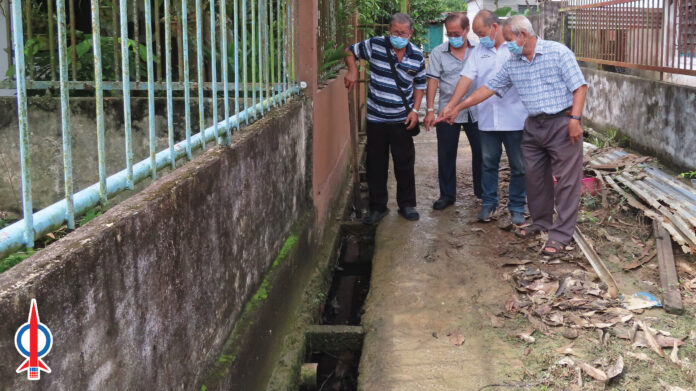 Upon recieved compaint verbally from local resident of Jalan Meranti, Sarikei, Vice chairman, Mr. Wong Pak Ming and committee members of DAP, Sarikei Branch inspected the back lane drain of 1A, Jalan Meranti. It was found that the lane drain has not been cleared for a long time and acumulate a lot of silt for more than half an foot。

Mr. Ting said , he has complainted to the authority concerned for several times through hot line, but so far no action had taken.