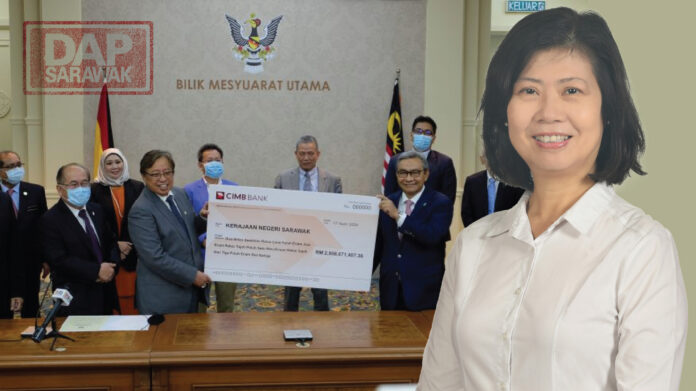 It is good that Petronas has finally been pinned down to pay the SST on petroleum products due to our people. I congratulate the State Government on this achievement. However, before we can truly rejoice over the payment, I urge the State Government to be transparent on the terms of settlement between Petronas, the State Government and the Federal Government for the withdrawal of appeal and cross appeal on 3 rd August 2020 and which have led Petronas to agree to the payment of the computed SST by the Comptroller of State Sales Tax.

The people of Sarawak should be alerted on this omission by the State Government due to the fact that on 8 th May 2020, a joint statement was issued by Sarawak Assistant Minister of Law, State and Federal Relations and Project Monitoring Datuk Sharifah Hasidah Sayeed Aman Ghazali and Petronas chairman Datuk Ahmad Nizam Salleh (Focus Malaysia 8 th May 2020) which was reported to have stated that the purported terms of settlement included the recognition of Petronas as a national oil company with full authority over regulating the entire development of the country’s oil and gas industry, including those in Sarawak. This is in contradiction to the stance taken by the State Government all this time that the Petroleum Development Act 1974 is unconstitutional and null and void and therefore unenforceable in law.

Although this position was firmly rejected by Sarawak Consultative Committee in their meeting on 10 th June 2020, this joint statement and the contents therein was never retracted by the State executive government who was the only ones engaged in the negotiation of settlement with Petronas and Federal Government. It is good for Sarawakians that finally our State’s authority to impose the SST has been endorsed by the Court of law as well as by all parties concerned. But this should never be done at the expense of any concession being made by Sarawak to Petronas which might threaten our rights and interest as Sarawakians. I therefore urge the State Government to practise transparency and accountability and disclose to the people the full details on the terms of settlement, to assure them that no concession which would threaten the loss of our people’s rights and interest, has been made by the State Government to Petronas in return for the payment of the SST to Sarawak.