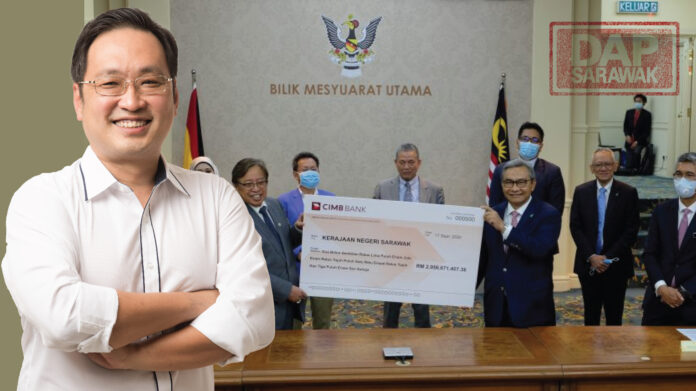 This is a second time that the current GPS or the previous BN reaffirms the validity of Petroleum Development Act 1974 (PDA 1974) which took away Sarawak’s oil and gas rights in return for a fraction of its value and worth.

The first time Sarawak Government surrendered Sarawak’s oil and gas rights to the Federal Government happened in 1974 when the PDA 1974 was tabled and passed in Parliament.

About 40 years later, the late Adenan Satem openly questioned the invalidity and unconstitutionality of the law and wanted to regain Sarawak’s rights over its oil and gas.

It is similar to the situation back in 1974 when the PDA 1974 was passed with Sarawak given the 5% royalty in compensation of its rights over the oil and gas. It was then thought that the 5% royalty was a good bargain for Sarawak, but only later found to be grossly inadequate.

Furthermore, what the Federal Government gives through Petronas in terms of Sales Tax, it can always balance off by reducing the annual budgetary allocations for Sarawak. It is just from the left pocket to the right pocket. Meanwhile, we lost our claim over our oil and gas forever.

The State Government must be forthcoming to the people of Sarawak in disclosing the full extent of the bargain and not merely giving a rosy picture but hiding the unfavourable truth behind the settlement.