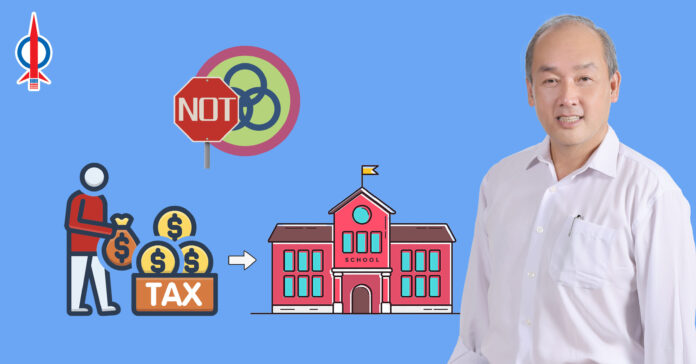 Mr. Wong Pak Ming, vice chairman of DAP Branch in reply to the statement published in local newspaper on 18.11.2021, he refuted.

He said , the government to construct or repair the schools, is a normal routine work, especially the Chinese schools .

He said, the grant to school is the money from rakyat as it is rakyat who pay the tax. There is no point to show off the education development by Dato Sri Hwang.

He said, he received many complaints that Datuk Sri who makes the signboards and force the schools to erect the signboards to show support to him. Some of the principals are forced to say some words which they are not willing to say so or said so without knowing the motive behind.

Dato Sri Hwang through video clips making a wide publicity on education issue of himself recently.

He has written to Education Department, to clarify whether the civil servants can involve in polite?

Be Fair In Recommendation Of Appointment Of “Ketua Kaum”.