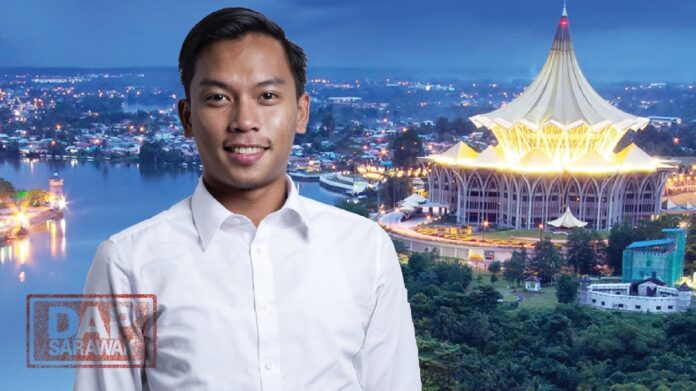 In his statement yesterday, Milton Foo called upon Democratic Action Party (“DAP”) not to play politics at this time when the nation is fighting agains the coronavirus (“Covid-19”).
https://dayakdaily.com/supp-youth-call-on-dap-to-focus-on-serving-the-people-during-covid-19/

When the pro-Malay and pro-Islamist PN succeeded in their quest to rob the people’s mandate during this difficult time of the pandemic, why didn’t Milton Foo issue any statement to condemn those dirty works? Why did SUPP choose to remain silent and didn’t say anything? Cat caught your tongue? Is it because they have received their “lion’s share” when its sole Member of Parliament of Serian was appointed as the Prime Minister’s Special Envoy to Japan, South Korea and Taiwan? Is that the reason why Milton Foo and SUPP shut their mouths from condemning the pro-Malay and pro-Islamist PN?

Milton Foo and SUPP’s act of silence on this issue just goes to show that SUPP has become a toothless political party that is not daring enough to stand up for its people. It also shows that SUPP is part of the pro-Malay and pro-Islamist PN as they don’t dare to say a word as they have to toe the party line. This is what happens in SUPP nowadays. They used to be very vocal like a lion when they were in the opposition but after they were in cahoot with the pro-Malay and pro-Islamist PN to toppled PH federal government, it seems like SUPP has turned into a toothless pussycat.

Why is it so difficult for Milton Foo and SUPP to deny the statements from DAP? If SUPP can’t even deny the statements issued by DAP leaders regarding SUPP’s membership in the so-called pro-Malay and pro-Islamist PN, then it’s time for SUPP to call it a day and cease to exist its political operation in Sarawak. Just a simple statement posted by DAP and yet, it seems like SUPP is having difficulties in finding the right argument. Even worse, instead of denying our statements, SUPP keeps beating around the bush with their innocent faces. SUPP’s inability to produce the right argument proves that DAP’s statements are perfectly correct.

My humble advice to both Milton Foo and SUPP, instead of making a ruckus about PH particularly DAP, Milton Foo should advice his party leaders in SUPP to find a way on how to perform much better than DAP. Now that SUPP already holds the power in Putrajaya under the pro-Malay and pro-Islamist PN federal government, they should focus more on how to improve our livelihood and reclaim our rights as enshrined in the Malaysia Agreement 1963. And since SUPP claims to be “independent” from the pro-Malay and pro-Islamist PN, they should prove that SUPP will not kowtow with them.

The people are already sick and tired of listening to SUPP’s nonsensical answers. They demand answers, not lame excuses.