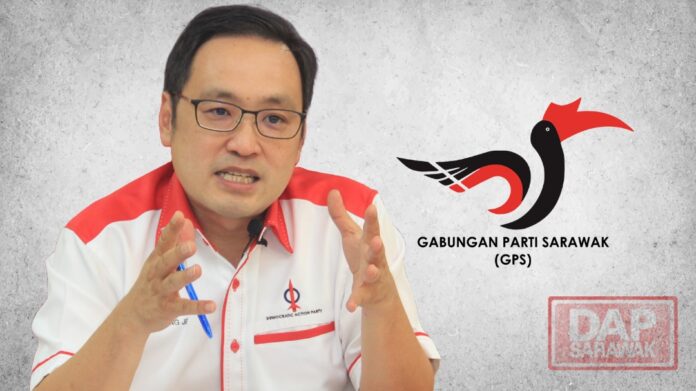 The GPS is playing two-faced politics on the issue of coalition with Perikatan Nasional (PN).

The reason for such two-faced politic is obvious. While the GPS federal ministers, being part of the federal cabinet, have to act within the PN framework and policies, the GPS state ministers and ADUNs have to appease to the sentiment of Sarawakians who detest anyone working with the extremist PAS and corrupt UMNO.

The fact remains, as a part of the federal cabinet, like it or not, GPS is already part of the PN and working together with UMNO and PAS to formulate policies and laws in our country.

No amount of political wizardry can the State GPS disassociate themselves from this UMNO PAS coalition.

One clear consequence of the State GPS being part of the UMNO PAS coalition is the recently imposed police permits for Sarawakians returning from West Malaysia to Sarawak.

Only 3 days ago, the Sarawak Government imposed the condition that any Sarawakian wishing to come back to Sarawak from West Malaysia must first apply to the nearest district police station in West Malaysia before applying on-line to the Sarawak Disaster Management Committee (SDMC).

For the first time, a normal Sarawakian wishing to come back to Sarawak has to obtain the approval from a police officer in West Malaysia. Why can’t SDMC decide for themselves whether a person is fit to return to Sarawak or otherwise? Why must the State Government
surrender to the federal PDRM, the power to allow a Sarawakian returning to Sarawak?

Bearing in mind, such discretion will in most cases be exercised by a West Malaysian police officer.

This is a clear sign of UMNO PAS domination over the GPS. The GPS has only joined the PN Government for less than 3 months, the fundamental rights of a Sarawakian returning to Sarawak is now compromised by the GPS Government.

The other clear consequence of the GPS joining the UMNO PAS government is the compromise in the sales tax collection on petroleum products after the State Government has won the legal action against PETRONAS. Despite the claim of RM3.8 billion and having the Court declaring that Sarawak has the rights to collect such tax, the GPS government settled for RM2 billion.

With GPS now in the PN federal cabinet, the history of erosion of Sarawak’s rights when under BN’s time will continue. This time, it is even much worse because PAS is also part of the government and will dictate terms and impart their extremist ideologies in many of the federal government policies and laws.

Both the above incidents which are unfavourable to general Sarawakians’ rights happened so shortly after formation of the PN government. It is thus clear that GPS cannot and will not stand up for Sarawakians’ right when their big brothers UMNO PAS decide otherwise.